Update (thnx Mike): Devan Dubnyk has a gastro-intenstinal disorder and will not play tonight. Funny thing is, Jeff Des-Lauriers will start, but the Oilers do not have a backup netminder. No pressure, kid! It was Dubnyk that was in net for both wins over Detroit and San Jose.

So the Coilers are now Spoilers. They may get a lift tonight as Patrick O'Sullivan seems ready to play after a freak finger accident. His finger nail "exploded" after a slash from a Sens player earlier in March. However, O'Sullivan is a team worst -32 despite having scored 10 goals and 21 assists this season.

After losing 5 games in a row between March 9-16 ( 4 of those games on the road), Edmonton is quickly earning the spoiler role after beating both Detroit and San Jose in their last 2 games (both played at home).

So, obviously, the Canucks cannot take these guys likely. Once again they face a team with nothing to lose, who is probably going to come out with a gritty effort, crashing and banging their way to hopeful victory.

Both Dustin Penner and Shawn Horcoff have a goal and an assist in the Oils' last 2 wins.

In the 5 games played against eachother this season, here are the scoring leaders (and keep in mind the Canucks have outscored the Oilers 17-8):

-Ryan Kesler and Alexander Edler: 1 goal and 3 assists each

Ironic that O'Sullivan most likely returns against a team that he has played well against this season. 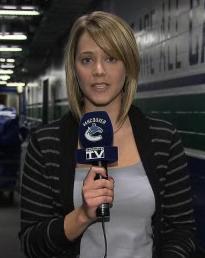 I said that the Canucks have out-scored the Oilers 17-8 this season...well...10 of those Canucks goals came on the power play. 4 of the Oilers' 8 goals against Vancouver came on the man-advantage. Those are some telling stats right there. It may interest you then that the Oilers are 0 for 5 on the PP in their last 2 games while the Canucks are 2-for-9.

What I wonder about his game is: what do the Canucks have to inspire themselves to win this game? I'm writing this at 7:52 pm Monday and the Avs have a chance to pull within 4 points of Vancouver tonight. Phoenix and Chicago remain 5 points ahead of the Canucks in the top 2 spots in the West. Does a win really matter? What motivates Canucks players at this point? Well, according to the Reid report the Canucks will tell you that they are aware of teams (Avalanche) approaching them in the standings and that they cannot be complacent. Let's see if they play that way. Burrows said on Monday:

"There are always bigger goals and bigger dreams,"  Burrows said. "To be five points back, I'd rather look ahead than look at Calgary or Nashville or L.A. coming in behind us.

"We'd rather look up front and try to catch those big fish."

Pavol Demitra remains in Vancouver because of personal reasons. Mason Raymond will take his spot on line 2 to form an RPM line from hell along with Kesler and Grabner.

1. I guess Stortini and Rypien didn't get what they wanted for Xmas..