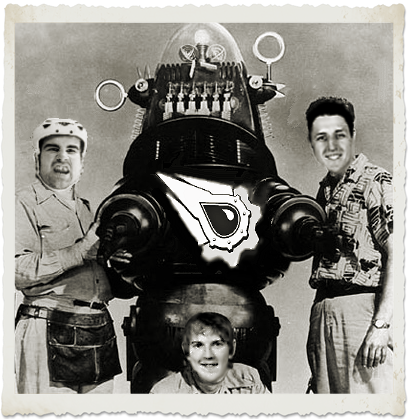 10 games to go and the Canucks find themselves facing a couple very dangerous opponents back to back.  No, not the Sharks and Coyotes.  Yes the real danger lies in the Edmonton Oilers and Anaheim Ducks.  Fear the bottom feeders, children... FEAR THEM!!!!!  Ahem.  Anyways, The Canucks will do well to throw everything they have at these teams, as both of them have been sniping teams ahead of them in the standings.  More after the jump...

We could sit here and over examine Saturday night's loss until we're blue in the face, but what's the point.  Don't sit on leads, dumb bounces, composite sticks suck ass.  What else is there to say?  Move on.  The Edmonton Oilers have been out of the playoff race since um, August, yet they found a way to make things interesting.  Forget the shootout win against Detroit, how about the 5-1 embarrassment they laid on the San Jose Sharks last night?  Anyone who thought this was a little hiccup for San Jose is kidding themselves.  This team is in full on fail mode right now.  Some are pushing the idea that the Sharks and Blackhawks are both trying to avoid a first round match up against Detroit.

It's an interesting theory, though I would think no team would tank at the top of the standings, especially with the opportunity to have home ice for 3 rounds of the playoffs.  I realize that a healthy Red Wings team is a dangerous one, 8th place or not.  But they have a rookie goaltender, and Chris Osgood has been brutal this year.  It could very well be much ado about nothing, as we all know that anything can happen in the playoffs.

So if you buy that those teams might be deliberately losing games to avoid Detroit, then let me play devil's advocate.  I want to state that I don't subscribe to this theory, but what the hell, someone's gotta say it because I couldn't possibly be the only one thinking it.  Once again, I am not saying this is real, or that I believe it.  It's just something to discuss.  Is it too convenient after the craziness that was the last year with the Phoenix Coyotes, that we see them hovering at the top of the standings after almost a decade in the cellar of the Western Conference?  9 wins in a row down the stretch.  Fine.  5 of them by shootout?  Something reeks about that.  Gary Bettman insists hockey can and will work in Phoenix, and they finally sold out a game.  The only way they were going to make that happen (besides ridiculously discounted tickets) was for this team to be a 'legitimate' contender.  If you can claim San Jose is tanking to avoid Detroit...  Just sayin'.

All of you playoff teams step forward.  Not so fast, Calgary.

Speaking of spoilers, the Minnesota Wild delivered a crushing blow to the Flames playoff chances yesterday with a 4-3 win over Calgary.  The Flames now sit 2 points behind the Red Wings, who also have a game in hand.  And with the schedule Calgary has coming up, along with mounting injuries, the chances of them not being able to catch that last spot in the West are growing larger daily.  Their week looks like this: The Ducks at home Tuesday, then on the road on Long Island Thursday, Boston Saturday and Washington Sunday.  It doesn't get any easier after that, as they face Phoenix, Colorado, Chicago, San Jose, Minnesota and end the season against the Canucks.  Looking forward to Jarome Iginla's contributions to Team Canada at the World Championships?  Me too.

I am saying it right now.  I am not going to be shocked if it's the Flyers that drop out of the playoffs in the East.  Atlanta is making a charge for the post season and has been playing some decent hockey since they got rid of ol' what's his name. Of course, their reward for this?  A first round date with the Capitals is the most likely scenario.  Well, at least they get 2 playoff home dates, right?

ESPN's Pierre LeBrun is calling a Vancouver/Washington final as of this morning.  I have been saying that for a while.  Am I as smart as him?  No chance.  But if he's right, I look good.  If Chicago takes the conference, I like the Wings in that series.  Just sayin'.

And as mentioned here (and all over the Twitter) a couple Canucks prospects were putting on a show yesterday, making us all pee just a little bit when we think of the future.  Gotta like the way Schroeder stepped in to the Moose lineup, contributing 2 goals and seeing some time on the PP.  And Cody Hodgson's goal yesterday was a thing of beauty.  The future looks bright, friends.