Update: Great Tweet by Richard Loat saying that Henrik Sedin only needs 6 more assists to eclipse the Canucks' single season record for assists, a record held by: himself in 2006

Update: Announced quite a while ago, O'Brien and Hordichuk in, Alberts and Glass out.

Baaaaaa-dum. Baaaaa-dum. And now comes an opponent that makes Canucks fans, and possibly even the Canucks players themselves nervous. The damned Sharks. What is about the Sharks having the Canucks' number? In the last 10 games that San Jose has played Vancouver they have 8 wins and 2 losses, outscoring the Canucks 33-17 in the process. That dates back to 2007.

To lighten the mood a little: in the 10 games that they've played eachother prior to that 10 game atrocity, the Canucks had 6 wins and 4 losses over the Sharks, outscoring them 30-29. That goes all the way back to January 2004. FYI: Joe Thornton was traded to the Sharks in November 2005.

Who are the Sharks' Canuck killers over their past 5 meetings?

-Dan Boyle and Ryan Clowe have 4 assists each

San Jose is 3-3-1 in March. They have lost their last 2 games: 4-2 to the Ducks on Sunday and 8-2 to the Stars on Tuesday. And these were the first 2 games on their mini 4-game road trip. 8-2? The Sharks had made the game 4-2 51 seconds into the 3rd but then the Stars exploded for 4 unanswered goals after that. Unreal.

So both the Canucks and Sharks are coming off stinkers, as the Canucks handed John Tavares 5 points in a 5-2 loss last game

Losing Mikael Samuelsson hurts. Now he can only curse "f*ck you Sweden" from his couch rather than take it out on opposing goaltenders. Yeah, getting Michael Grabner back into the lineup after all this time is a good thing, but Grabner does not have Sammy's grit. It does give the Canucks one hell of a quick 2nd line if that's where the Dane Austrian draws in. Grit and speed are something Vancouver need to be successful against the Sharks. Grabner only had 2 goals and 4 points in his last 10 games with Manitoba. 2 of those points came in Manitoba's last game to the Rockford Ice Hogs, a 6-3 loss. Prior to wrecking his ankle in a pre-game soccer warm up in Vancouver, Grabner had scored 2 goals and 5 points in 9 games back in October. How quickly will he regain his form with the Canucks?

Vancouver needs to stay out of the penalty box. That's where Thornton, Heatley, Boyle, Marleau and crew can do serious damage. Is it just me or do the Sharks score a lot of power play goals against us?

Shane O'Brien draws back into the lineup tonight. Not sure which of Aaron Rome or Andrew Alberts ride the pine. Alberts is having a hard time adjusting to the Canucks' style. He was honest about it on Wednesday:

"Things haven’t been going that well for me. I’ve got to watch more video, go over some stuff. I’m trying to learn and get better here. You feel like you’ve got to re-prove yourself. Then you get out of your element and start making mistakes and it goes downhill."

We will now get a good look at how Vancouver matches up with SJ as they play them 3 times down the final stretch. Gotta start it off on the right foot. Both the Avalanche and Blackhawks lost their games last night. That means Vancouver can pull ahead of Colorado by 5 points and within 3 of Chicago with a win.

Alright how about a few clips...

1. Here is what a Canucks win over the Sharks looks like (a Luongod and a Sundin winner. Oh Mats...)

Hold onto your butts... 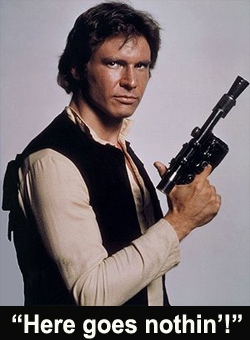