Whoever goes the longest without puking wins: Canucks & Sens

Share All sharing options for: Whoever goes the longest without puking wins: Canucks & Sens 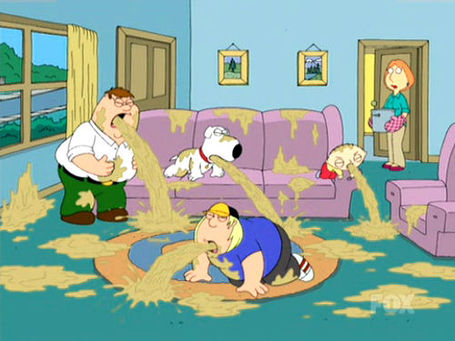 With the Canuckaollapalooza tour hitting up Ottawa, this space is typically where you make the obligatory joke or ten about the Senators. But because they're on such a tear, we're not allowed to. We have to "respect" the opposition. Mmmkay?

Maybe the Sens will eek out a win because the 'Nucks bottom sick six continue to bring the full on suck and our defensive regime of musical chairs continues (who's in tonight, my mom?). But not likely. Sorry ladies, your streak ends here. It's all over...except the puking of course.