Wednesday Morning Coffee- How to spot a double agent

Share All sharing options for: Wednesday Morning Coffee- How to spot a double agent 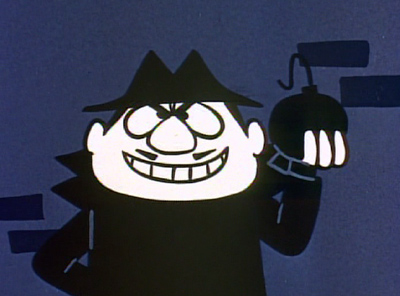 The following article is parody and a comedic look at recent events.  It is not to be taken seriously.

As Team Canada prepares to take on the Russians after handily dispatching the German's 8-2 yesterday afternoon, the suspicions some had appear to have been warranted: There are double agents in Canada!  Not to worry though, Communism might be dead, but the Red Menace is still very real.  With the help of a US Army training manual I found, we can teach you how to spot one of these insidious turncoats.  More after the jump...

The whole point behind a double agent is that they blend in, and then they work behind the scenes to achieve their diabolical goals.  The manual states "If there is no fool-proof system in spotting a Communist, there are, fortunately, indications that may give him away. These indications are often subtle but always present, for the Communist, by reason of his "faith" must act and talk along certain lines. While a … preference for long sentences is common to most Communist writing, a distinct vocabulary provides the... more easily recognized feature of the "Communist Language." Even a superficial reading of an article written by a Communist or a conversation with one will probably reveal the use of some of the following expressions: integrative thinking, vanguard, comrade, hootenanny, chauvinism, book-burning, syncretistic faith, bourgeois-nationalism, jingoism, colonialism, hooliganism, ruling class, progressive, demagogy, dialectical, witch-hunt, reactionary, exploitation, oppressive, materialist."

Interesting... but maybe not strong enough of a case.  The manual provides a checklist for you with 3 simple questions, so that you may apply these to the person you think might be working for 'the other side', and I have altered them slightly to fit the context better:

While Mr. Cox may not actually be working for another team, his allegiance to his goaltender of choice certainly appears to suggest that he would be pleased if Canada lost, thus vindicating him.

Sure this article may not be the most serious one in the world, I just felt the need to take the piss out of a journalist who has done nothing but bring it on himself, spreading seeds of doubt that continue this morning.

I would like to thank Trevor at Internet Trashcan, from whom I stole many of the links used here.  But please go and read his article on the whole affair, as it's written so much better than this one, likely due to his number of concussions suffered over the years being a much smaller one than this writer's.

I like my Rye bread from Winnipeg, thank you...

All kidding aside, I think there are some silver linings to today's game.  Sure we wanted to see this as a gold medal final, but this will still be a hell of a game.  The Russians have some incredible talent, of that there is no doubt.  But can anyone honestly say they wouldn't be pointing out what an average tournament Alexander Ovechkin is having if he didn't try and physically go through Jaromir Jagr the other day?

Much is being made of the pressure on Team Canada to win Gold at home, but how about the Russians?  If anyone thinks they're not looking at this as redemption for 1972  and every other time we defeated them since, they're wrong.  This team was put together to win Gold here so they could do that, and be the defending champions when the world comes to Sochi in 2014.  There is a ton of pressure for them to show up the Canadians, though this time, with the NHL's rock star leading the way, it's the Russians who come across as a tad arrogant.  Funny how times change.

Last night's game had some really good signs for Team Canada.  The line of Crosby, Iginla and Eric Staal looked like they might actually gel, Staal finishing the game with 3 assists, Iginla a pair of goals and Crosby with one.  Shea Weber added to his fan club with an Al MacInnis-like slap shot that tore through the net so hard it barely moved.  That goal really seemed to spark the Canadians who were battling against a German team determined to try and trap the Canadians as best they could, what other way could they keep it close?

3 notable goals last night, from 3 people who have been asked to step up their games, too.  Rick Nash finally got the Olympic monkey off his back, as did Joe Thornton and in the shocker of the night, a beautiful breakaway goal by Canada's elder statesman, Scott Niedermeyer.  Some would say that Luongo should have shut out the Germans, but let's face it, those kinds of goals are going to happen to any goalie.  He was steady in spite of long gaps with no action and seemed confident and focused.

The Russians will throw everything they have at Canada tonight.  It means the end of the tournament for the loser.  A look at how some of this high powered Russian offense has fared against Luongo shows that only 3 players on their roster have scored against him: Pavel Datsyuk (2 goals), Evgeni Malkin, and Alexander Semin, for a total of 4 goals.  Luongo is 10-1 in his career against Ovechkin.  Canada will win because even as shaky as they have been at times, they are still much better defensively than the Russians.  Even as bad as Chris Pronger has played, I will still take him on the back line over Andrei Markov.

It's going to be a battle for sure.  Two high powered offensive teams, going toe to toe.  The two top players in the game meeting in a match that's been anticipated for years now.  One will continue the pursuit of glory, one will go home and try and figure out what went wrong.  I can feel a Canadian win today.  Not because of any one player, but because this team is better.  This country is better.  It's our game, and we do it better than anyone else.

Game day thread here and at the main SB Nation site as always, plus our daily Olympic open thread.  What are you waiting for?  Go get your snacks and beer... you won't want to miss a minute of this one.  Roberto Luongo and Team Canada, this is just another step on the road.  Make the most of it.  The nation is behind you!