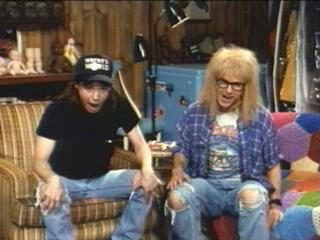 It took a little bit to get them going, but when they did it was something to behold.  Team Canada showed glimpses of being exactly the team Steve Yzerman envisioned as they battled nerves and a hot goalie after 1 period, rolling to an 8-0 victory over Norway in their opening match of theMens Hockey Tournament at the 2010 Olympics.

Jarome Iginla has had his ups and downs this season, on a Flames team whose successes have mirrored their captain's year so far, but all doubts about Iginla were washed away as the two time Rocket Richard winner moved from the 4th line to the 1st, with Sidney Crosby and Rick Nash, potting a hat trick in the process.  An awkward moment no doubt, as some of the crowd are quite used to calling out Iginla's name with unsavory language attached before and after it, but the Olympics makes for strange bedfellows, and after last night's performance, Iginla may be the most popular player in Vancouver.

Oh, and Roberto Luongo had a shutout.  Normally we lead with that kind of stuff around here, but it was almost an after thought last night.  And it wasn't even that the opponen

t was so weak, more that the Canadian defense just did an incredible job of making sure they didn't give the Norwegians a sniff last night.  At the other end, after one period there was some concern Pol Grotnes was going to be one of those stories: "And the unheralded Norwegian keeper stopped 127 shots for the shutout, despite having an appendectomy in the first intermission and working in the concession during the 2nd".  And while the lanky viking was solid, he was pulled after the 4th goal, reportedly due to severe leg cramps.  Andre Lysenstoen replaced him after Grotnes gave up the power play goal to Ryan Getzlaf and didn't fare much better.

No one is saying that Team Canada defeated the best team in the world last night, but it's a perfect way to start the tournament, each test getting tougher as they go on.  They have a much stronger opponent tomorrow in the Swiss, who lost 3-1 to the Americans, who looked dominant or unimpressive depending on who you talk to.

Much of the talk centered on the goal David Backes scored, a beautiful end to ender as he walked around an inexperienced Swiss defender and deposited the puck behind Jonas Hiller.  But the game wasn't without some controversy surrounding Mr. Backes, as Switzerland's Julian Sprunger talked of an Auger-like threat from Backes, alluding to the hit Backes laid on Sprunger back in the World Championships that left Sprunger with a broken neck.  Backes denies the allegation, of course.  The US press are having a major love-in with Backes, including our good friends at Puck Daddy , and while I greatly respect all the work those guys do, and like Backes as a player, I am struggling to find how fighting Jonathon Toews gets you a shirt printed.  Oh well, just like those Indianapolis Colts 2010 Super Bowl Champions shirts, the people struggling in Haiti will appreciate the gift.

The Americans looked okay at times, but had the Swiss put on the kind of pressure for 60 minutes they did in the 3rd, much different story.  Ryan Miller looked good for the Americans in the victory and will likely start against the Norwegians.

The much-hyped and pre-tournament favorite Russians took on Latvia in the late game and cruised to an 8-2 victory that showed this Russian team is as hard to figure out as the language they speak.  There were times when they looked every bit the feared offensive weapon as they are on paper.  There were other times that they looked utterly bored and lazy and nearly allowed the Latvians back into the game.  The Latvians parading to the penalty box certainly didn't help their cause, but for all the pretty goals, the Russians look like their plan is to Edmonton Oiler their way through this tournament.  And you do realize I mean the mid 80's Oilers and not that abomination they call a team right now.  They had better hope that their goaltenders can withstand the storm, as the challenges get tougher from here, and their defense is nowhere near as fearsome as their offense.

Finland and Sami Salo take on Belarus and Daniel and Henrik Sedin lead Team Sweden against the Germans and Christian Ehrhoff as the rest of the field get into action.  The late game features the Czechs and Jaromir Jagr taking on Pavol Demitra and the Slovaks in what should be a pretty charged affair.

The Canadian women also take to the ice today against Sweden, as the inevitable showdown against the Americans looms.  The Swedes are capable of the upset though, so expect Canada to show up and lay down the hammer as their quest for gold continues.

Why do I love this country?  Is it spontaneous street hockey games that break out on one of Vancouver's busiest downtown streets?  Is it because we have athletes like Maelle Ricker, who rise to the occasion and bring home gold at home?  Or is it inspirational pieces like the video of Micheal J. Fox waxing poetic about our game?  Yes.  And, um... the beer is pretty good, too.

As always make sure and check out the daily Olympic Open Thread for discussion of all things Olympic.