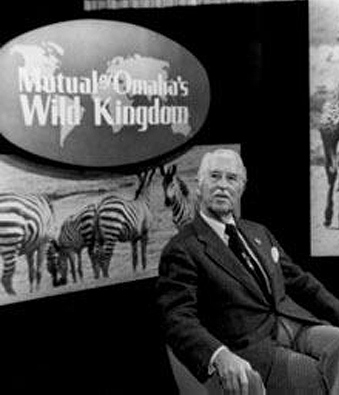 "Hello everyone, I'm Marlin Perkins... Today we are off to Florida to search for the elusive Florida Panthers.  We will begin our journey right after this message from our good friends at Mutual of Omaha".  And now that I've lost you with a reference most of you are too young to know, let's talk a bit about the task at hand and what lies ahead, hmm?

Much has been said about the struggles of late, and the frustrations of fans continue to mount about the Canucks' deficiencies on the bottom 6 forwards and the injury-ravaged Dcore, as well as the sudden lackluster play.  The Canucks need a game that will enable them to get some momentum, a match that will enable them to rally and actually get back to the kind of hockey they played the 2 months previous.

With a little over 24 hours before the Olympic roster freeze, if help is on the way, it isn't going to arrive in time for the back to back set the Canucks play tonight in the vast Floriday swamplands, or tomorrow in Columbus, Ohio.  Pavol Demitra has rejoined the team after returning to Vancouver to be with his wife, who was suffering from an illness, but he won't be in the lineup until tomorrow against the Blue Jackets.

This is one of the games that was identified as almost a gimme, if there is such a thing.  Luongo playing against his former team, the weak Southeast division, and the play of the Panthers' play lately suggest this is a perfect slump buster.  But because of the Canucks' own dreadful performances lately, in addition to their annoying habit of playing down to basement dwellers, you can't blame me for not being terribly positive going into this game.

The Canucks need to win tonight as they've been bumped from top spot in the Northwest division thanks to a Colorado win in OT over the Atlanta Thrashers, who blew a two goal lead late in the 3rd before giving up the winner 9 seconds into the extra frame.

These danish are stale... what else ya got?

A lot of controversy over the disallowed goal in the Caps and Habs battle.  Alex Ovechkin bowled over Hal Gill, knocking him, Carey Price and the puck into the net.  The referees ruled the goal did not count due to goaltender interference, but didn't give Ovechkin a penalty.  This set off a series of howls from Caps media and fans, who obviously had never been on the end of a call we as Canucks fans have seen before.  It wasn't a shock to see them make a call, the only shock was that Ovechkin didn't get any kind of penalty for the hit.  Also in that game was a gruesome slapshot to the head of Montreal's Josh Gorges.  The former Kelowna Rocket is on the ice this morning, further fueling speculation that he is a Terminator-type cyborg...

Lots of excitement about the Olympics as it's finally hitting that the world is here in British Columbia.  I haven't been this excited about an Olympics since Calgary, and it's 10x that level of excitement solely for the potential for Canada to win hockey gold at home.  The IIHF released it's pre-tournament ranking with the Russians in the top slot, Canada in 2nd.  Given the apparent defensive weaknesses the Russians have that was a bit of a surprise.  As we get closer to the kickoff of the hockey tournament I will be discussing some of the teams and players to watch, as well as share some of my memories from the 88 games in Calgary.