Canucks @ Blackhawks: The Struggling Within

Share All sharing options for: Canucks @ Blackhawks: The Struggling Within

There is so much frustration in my head still from the beating the Hawks handed the Canucks on November 20 while we partied at The Forum. Great timing to pull out a stinker, dicks! Even more frustrating is that with every loss Chicago hands us it has become glaringly obvious that they have our number. They are in the Canucks' heads. On top of the 2 playoff meltdowns against them in consecutive years, the Hawks have won their last 3 regular season games against the Canucks, outscoring them 15-5 in the process. Vancouver has lost 3 straight regular season games in Chicago, with their last win at the United Center

coming on October 21, 2009. Something about Mitchell killing Toews and...

Success! On another somewhat positive note: since March 2006 the Canucks are 6-4 in their last 10 in Chicago. But that stat is skewed because the Hawks were not a playoff team until the 2008-09 season.

The November 20th disaster involved a lot of defensive mistakes, turnovers. pretty much any way a team can f*ck things up. Troy Brouwer making Christian Ehrhoff a pylon. Andrew Alberts turning over the puck to Bryan Bickell in his own zone only to chase him around his own goal while Bickell feathered a pass to Fernando Pisani who roofed it. When Pisani scored again almost 2:00 later to make it 6-0, there something funny happened behind the bench and Alain Vigneault which I captured in a GIF:

Too funny. Fans had a right to be bitchy. Not even a good drunk made me feel any better about it. F*cking Hawks. I hate them. I'm sick of the Canucks losing to them. It must stop now! Know who's rolling for Chicago? I don't care! I only care about a W. For god's sakes stop the bleeding against these guys.

A bonus: No Marian Hossa, who collided with Nick Boynton in practice on November 29th. He's out for 3 weeks with a lower body injury. The Hawks responded the next game with a 7-5 win over the Blues. Yay? Nope.

I think we will see a solid effort from our beloved Canucks tonight. The madness has to stop at some point. 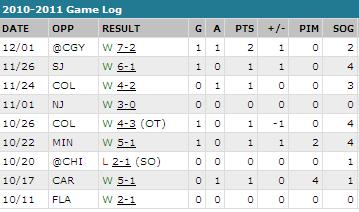 Keep up the great work, Tambo! Let's see if Mason Raymond keeps scoring after a hatty against the Flames. Line 2 is deadly!

HERE IS A HAWKS FAN TWITTER PROFILE PIC FAIL OF THE DAY: 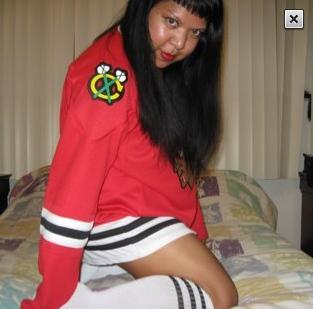 Lock your doors, Marty! (Apologies anyone if that is a pic of your mom...or sister...or whatever.)

Enjoy the game! May it be a great success!