No Retreat, No Surrender: Canucks & Canadiens

Share All sharing options for: No Retreat, No Surrender: Canucks & Canadiens 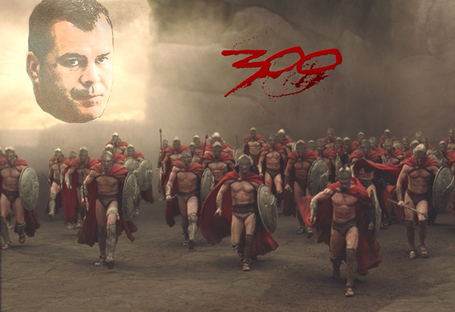 Enemy Con: Everyone in Montreal is a shitty driver. Also Brian Gionta is fantasy team arsenic.

Enter Alain Vigneault followed by his starting lines. Jacques Martin meets him at center ice with his players. A meeting of the minds follows...