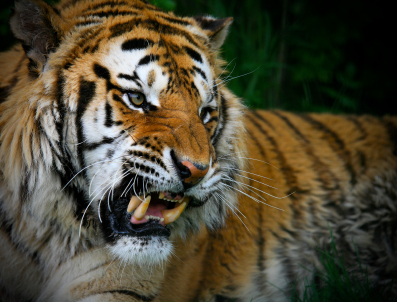 Enemy Blog: Winging It In Motown

Enemy Pro: No B.C. natives on their roster, but proud Maple Ridge native Willie Coetzee is in their pipeline. Also Robocop.

Enemy Con: The nerve of these people to challenge our Swedish supremacy. Also Kid Rock.

Then again, we haven't accomplished anything yet. Edmonton, New Jersey, Carolina, Minnesota, all bottom half teams. As the Chinese proverb goes, "Three men make a tiger": we can stand around and pat ourselves on the back but it means nothing outside of our circle. Sometimes truthiness hurts.

Our opponent has an accomplishment or a dozen, that's why they're the yardstick. Until the elites are felled by our bloody hands...er wait can I say that with Bertuzzi and Rypien both in the lineup? The Wings are at the head of the table and won't give up that seat easily, if at all. They're a puck possession nightmare, with skill up and down the ranks: we ice the Sedins, they can counter with Datsyuk and Zetterberg. We roll Kesler's line, they come right back with Bertuzzi's. Unleash Torres and they deploy Modano. Give Rypien's line a go and they let Helm's out at us.

The path to elitesville goes through them.

A special shoutout for Missy tonight, who takes her ambassadorship to Rogers Arena for her first live NHL action. Picked a hell of a game to start off with! You can follow her here.

The hour is upon us.