About that guy we used to hate...

Share All sharing options for: About that guy we used to hate... 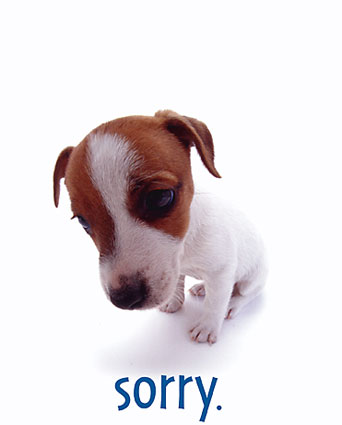 Rick Rypien aside, we're lucky that the Canucks this season don't have too many black-eyes. It wasn't long ago that we would gaze at our bottom six punctuated with the likes of Wellwood, Bernier and Hordichuk and then run for the nearest toilet. Or we'd read about Vigneault and Shane O'Brien openly hating each other. Again. Now we have a healthy top six, a third line that's hat trick-capable, a fourth line that doesn't cause immediate anxiety, some goalies who are the envy of most teams (cap hits notwithstanding) and a defense that should be one of the best corps when/if they decide to be healthy.

On that last point, we villagers will continue to quarrel about Bieksa's worth, Ehrhoff's occasional mental vacation and Edler's point shots to absolutely no where, but we owe an apology to that big lug in the corner. Though it's early still and who knows what tomorrow will bring, we're sorry for hating on you Andrew Alberts.

This isn't to suggest Alberts is lighting the world ablaze with his hockey prowess. Not at all. But for a guy who looked so lost earlier this year in the speedy Western tilts to his well-documented implosion in the first round against Los Angeles, he has come a long way.

If I had told you in the spring Alberts would be playing top four minutes, what would you have said?

If I had told you in the spring Alberts would draw Ales Hemsky for an entire game, how many goals would you have penned in for the speedy winger?

If I had told you in the spring Alberts would be seeing the most defensive zone starts of all blueliners, would you have cried?

It's still early, but here's a quick look at Alberts the past three seasons across some relevant sabermetrics (red denotes it was the worst for VAN blueliners, green the best):

He's mostly trending in the right directions here. Much of Alberts' resurgence is also circumstantial. Injuries to Hamhuis and Ballard have pushed him up the charts to Bieksa rather than down towards Rome. Without those free agent signings and certainly without Willie Mitchell around, he's getting more SH work. The fact he's even a Canuck has much to do with the fact he was cheaper than alternatives.

Alberts has quietly gone about being a depth defenseman who can deal with increased TOI. He's a +2 on a team where more guys are in the negative; his Corsi is fine, if unspectacular. Alberts is third in the league in hits for defensemen (36) but only fourth on the team in PIMs (15). He's tied for second best on the Canucks in blocked shots (16). Is there room to improve? Hells yes; he's second worse in giveaways for instance (8), only trailing buddy Bieksa (11). But considering his lack of mobility and his questionable on-ice decisions during the playoffs, it's a marked improvement.

Alberts is what we wanted SOB to become: physical, dependable & smart. No flair, no drama (on the ice or away from it), no distractions. He's kept it simple and, so far, it's working.

Here's hoping he can make a season out of it.