Share All sharing options for: I Didn't Hear No Bell: Canucks & Avs 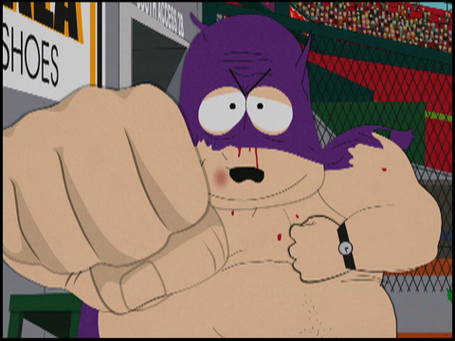 Enemy Pro: Craig Anderson is 2-8-1 lifetime against the Canucks.

Enemy Con: It'll be Milan Hejduk's 70th game played against Vancouver tonight. He has 62 points in that span.

Vancouver has to cut the cute and get back to basics, particularly at even strength. Their PP (as atrocious as it was against Chicago) and PK are fine, but they've lost any sense of cohesiveness at 5x5. The passes are forced, the shots are from poor scoring areas and they've de-evolved to a perimeter game that would make an otherwise decent human lean back and punch a nun out.

No more. If we wanted to accept subpar results from bloated millionaires not listening to their egotistical coach, we'd be rooting for Calgary.

In terms of bumping the slump, keep your eyes on Alexandre Burrows, Mason Raymond, Raffi Torres, Mikael Samuelsson and Jeff Tambellini (just for being the new guy). If one or two have a big game, we can begin to put this ugliness behind us and focus on San Jose in two days. If not the Ballard-fortified (that's right I said it!) defense can perhaps help Luongo steal one.

Colorado will be without Quincey but get Duchene and Foote back after they both took Monday off. They're first in the division, they can score in droves and they're healthy (mostly). Nothing comes easy.

Twenty Canucks means at least twenty spines on the ice. Prove it.