Throwing Down The Seeds: Canucks & Coyotes

Share All sharing options for: Throwing Down The Seeds: Canucks & Coyotes 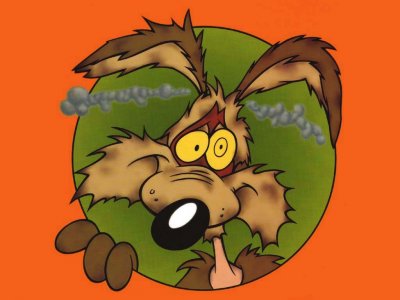 Enemy Pro: Kyle Turris (New Westminster) is the lone BC'er. Also, for the puckbunnies, those eyes are back.

Since I am writing this three days before the game - having no idea if we beat Chicago, if both Sedins are injured, if Luongo spontaneously combusted or if an asteroid hit the planet and ended life as we know it - I present instead for your enjoyment an abridged version of the Native American fable "Coyote the Hungry":

Now Coyote was always hungry, and as he was a coward, he used to sneak about the fields and timber searching for something to eat. One day, as he was walking by the side of a brook, he heard something in a Persimmon Tree. He looked up, and there was Opossum eating Persimmons.

Coyote begged him to throw down some of the fruit, but Opossum only laughed and ate more Persimmons. He picked Persimmons, ate them with grunts, and then threw down the seeds at Coyote. This he kept on doing.

By and by Coyote grew angry, but Opossum only laughed the more. He crawled out on a branch and dropped down as though he were going to fall into Coyote's mouth. And just when Coyote made a snap at him with his teeth, Opossum, instead of falling, wrapped his tail around the branch and drew himself up. This he did again and again.

Well, Coyote grew more and more angry, then Opossum climbed out on a dry limb, and shouted: "Look out! Here I come this time! Catch me!"

And sure enough, the limb suddenly broke, and down tumbled Opossum to the ground. Then Coyote gave him a hard beating, and, leaving him to die, walked away.

But Opossum was only fooling, for he was not hurt at all. As soon as Coyote had gone a little distance, up jumped Opossum and climbed into the Persimmon Tree. Coyote turned around to see if Opossum was dead, and there he sat in the tree eating Persimmons, and throwing down the seeds, and laughing.

It goes on from there to involve turkeys, a feather and some sort weighty lesson. But the true takeaway is clear: coyotes are dumb cowards and opossums are jerks.

...and now you know. We just have to be bigger jerks tonight. So be it.