You can never enter the same river twice: Canucks & Hawks

Share All sharing options for: You can never enter the same river twice: Canucks & Hawks 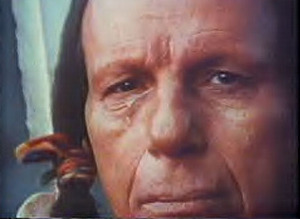 Last time we saw the Hawks we had Hansen on the first line (Burrows on the IR), Schaefer on the third line, Tambo and Desbiens on the fourth, Ryan Parent was in for Dan Hamhuis and Aaron Rome in for Keith Ballard. Chicago would need the SO to take the 2-1 win, a game in which Luongo did everything he could to keep the Canucks in it, but they couldn't return the favor.

Tonight the odds tilt back in Vancouver's favor where they are at home (6-0-1), healthy and catching Chicago on their third game in four nights. Chicago has improved on their road trip (mud stomping through Edmonton and Calgary tend to help), the Toews/Kane/Stalberg line remains dangerous, that Hossa fellow is somewhere in there, their PP is right behind ours and Keith/Seabrook will be dating the Sedins again all evening.

On the flip side, we saw a tired Detroit wander into the Cell (is that seriously what we're calling it?) a few weeks ago and allow Vancouver's fresher legs to run amok by the time the third period began. AV will a shot to abuse the Hawks lower pairings (Cullimore? Hendry?) and Tomas Kopecky & Patrick Sharp for that matter (both -10, damn close to worst in the league). If the Canucks start slow again, how will Luongo respond to a third straight opening 20 of bailing them out?

These teams rarely disappoint. If you ain't at the Forum with us, we'll think of you fondly as we loose our minds one way or the other.