A Burr for your Thoughts: Canucks & Oilers

Share All sharing options for: A Burr for your Thoughts: Canucks & Oilers 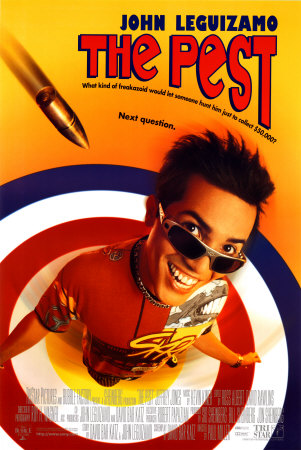 GDT's is where we like to talk up Vancouver's chances while taking several swipes at the candy van clowns who comprise the opposition. When it's a NW rival is when we tend to get our backs up the most, especially when the best their side can fire back with are sister jokes that weren't original ten years ago and riot references from - checks fake calendar on the wall - 16 years ago. Relevant and timely retorts, thy name is joykill nation.

Even though they're last in the West again and tied for second to last next to the Devils, there's no reason to take the Oil lightly. They're coming off a high-scoring win over the Cup champs and several of their younger guns like Eberle, Paajarvi and Hall had multi-point games. They have a forward corps that'll be a bitch to play against but fun to watch when it's not against Vancouver. Hemsky's risen from the grave nicely, Horcoff is playing well now that he has actual wingers and all accounts suggest that Khabibulin is sober enough to stop an Andrew Alberts point shot. With their speed and offense (6th best at goals per game at 3.11), they could run away with the win if Vancouver gets sloppy.

The Oilers suck on the PK (70.4%, 29th) and we've seen the Sedins abuse the Oilers something silly on the man advantage for a few seasons straight. They're also near the bottom of the league in goals against per game (3.44, 28th) which makes sense if you're going to allow Jason Strudwick and Jim Vandermeer to step near the ice. Vancouver's PP execution has been lousy in the last couple of games, especially from the snake-bitten defense where Edler, Bieksa and Ehrhoff can't help but target the crossbar or the end boards.

Burrows completes the top six and Tambellini's demotion means Vigneault's happy with the lunch-pail group for now. Is it worth mentioning Torres returns to his former stomping ground tonight? If Ballard and Alberts continue to play admirably in their substitution roles we may forget that Hamhuis fella. Just kidding, we miss you and left milk & cookies for you on the kitchen table.

Luongo's shutout streak is on the line, Dank can start another one, the Kesler line is rolling and we welcome Auger's favorite winger back just in time for viewing Zach Stortini in high definition. Yeesh.