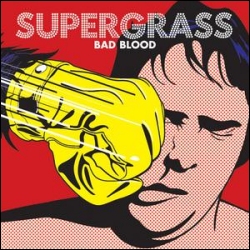 Enemy Con: Sienna Miller hates it. That's enough for me.

For two teams that rarely see each other, there's some bad blood underlying this evening's tussle in the Igloo center of excellence brought to you by the energy Buddha's at Consol CONSOL. First we have Evgeni Malkin who during last year's 6-2 laugher at Rogers Arena GM Place decided to crunch Willie Mitchell in what turned out to be his final game as a Canuck. Dirty hit? You betcha. Payback time? Probably not. Unless someone feels strongly, Mitchell can take care of this on his own if he wants.

But let's rewind the tape back to the last time Vancouver wandered into western PA. Remember this? There's that Matt Cooke we remember. Any chance our top hitting Danish forward has a short memory? How about Burrows with Oprik for that matter? Again, probably not. But crazier things as they say. Also, with Ballard finally slotting in, Sean already brought up his his fight with Crosby. So Ballard is one of the few who have lived the dream: smacking the Kid around.

Moving along to the actual game, both teams feel evenly-matched on paper, especially in the goal scoring department where - with the likes of the Sedins, Crosby, Malkin & Kesler milling about - both are top ten teams. The Pens PP is terrible, but like Vancouver, they can ice a top ten PK. We'll see plenty of Max Talbot, Cooke, Craig Adams and Pascal Dupuis out if the Pens begin a parade to the box. Vancouver may catch a break with Tyler Kennedy being out too (day to day, illness) as he leads the Pens in QUALCOMP and is one of the more frequent DZ starters.

Lastly, here's your chance to check out failed summer acquisition Arron Asham who is skating with Malkin and Cooke on their second line. He only has four points which ties him with Tanner Glass who, on average, has three less minutes TOI. Just sayin'.

Depending on how tonight goes, the Canucks could be 1st in the conference in addition to a six point NW lead. Dream big.