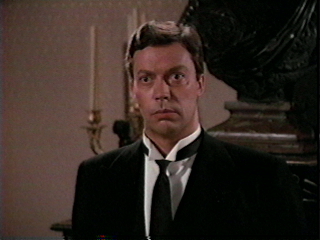 A few appetizers while I take your coat:

1. You can't bring up the opponent without recognizing Burke and Donuts. Mirtle did just that this morning (shouldn't that title be Leafs have Canucks prints on them? Eh, nevermind). The first comment from "dan vanman" of Mirtle's piece was well said from Vancouver's perspective and is worth a read, including the parting shot:

This Canuck fan at least is much more comfortable with [Gillis] being the gardner, and not the two "hack and slash" guys that preceded him.

Nevertheless, give props were they are due. 11 of our starting 20 tonight have Burke's or Donuts' fingers on them, including the bulk of the high-value guys. Thank you kindly (but, seriously, Eric Weinrich sucked).

2. Much is being made of Nazem Kadri being called up, but lost in that was Keith Aulie getting the nod too. At 6'5'' he's the same size as Andrew Alberts and adds to a Toronto blueline with heavy hitters in Komisarek, Beauchemin, and Schenn. With the elevated atmosphere and based on his two fights in the Senators game, Rypien may lose his mind out there so here's hoping Vigneault spends more time trying to abuse the Lebda-Aulie pairing rather than score-settling.

3. It's tempting to look at their losing streak and grin, but the Leafs have enough firepower to win this, especially if you remember Luongo's meltdown last season. Kessel and Bozak are off, but Grabovski and MacArthur are producing and that Versteeg fellow has four points in five games.

4. I made the same comment over at the game thread at Canucks Army: if we're going to be tossing 1967 and 1994 barbs back and forth, let's add 2003 which is the last time the Leafs beat the Canucks. Since the lockout Vancouver has rattled off six straight wins - three at the ACC - and have outscored them 25-12 in that span. In light of our 40th anniversary and all, let's also share we have a franchise record against the Leafs of 60-55-22-2 dating back to 1970.

Wadsworth: You see? Like the Mounties, we always get our man.
Mr. Green: Mrs. Peacock was a man?
[Colonel Mustard slaps Mr. Green, who turns to get slapped by Wadsworth]