Share All sharing options for: Enhance Your Experience: High Definition or Bust 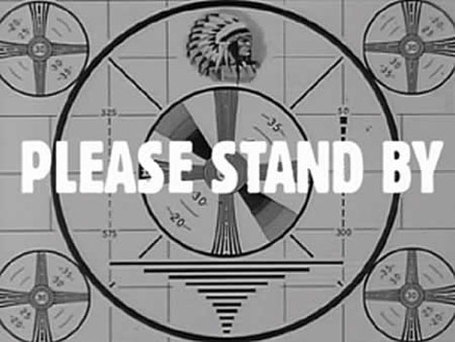 Disclaimer: It's the final SBN Samsung Friday. Samsung makes TV's and probably other toys. It may also save lives but check the instruction manual first.

Like many of you I don't live in Vancouver and, thus, rely greatly on the Center Ice, online feeds, YouTube and any other tool that gets me closer to the game visually. I may go to five games a year so that's a solid 77 regular games (or 4,620 delightfully stressful minutes) in which I am intimately engaged with staring at the big flat box in the corner of the room. Sometimes I will eek my way closer to the box, often sitting on the edge of the table in front of it (because clearly my proximity to the box can affect giveaways and odd-man rushes); at other times, when the Canucks decide to mail it in, I'm sunk deeply into the couch curious if someone has invented a machine that can give me the last two hours of my life back before I grab the remote wondering if TBS or the Cartoon Network has a Family Guy re-run on.

That big flat box is my main communicative vehicle into the nightly levity of the NHL. We've touched on TV changes already so I'll bookend this series with another wishful thought: all televised games should be in high definition. Every. Single. One.

Even for the Flames.

Again, we're in make-believe territory so this humble suggestion isn't taking into account the multitude of third party variables involved: not everyone watches hockey on TV, many households and apartments don't have a HD box or HD-ready TV, not every broadcast crew has the equipment and not every TV station has the ability & resources to stream HD signals to their heart's content. It's a recession after all; we should be happy our toilets still flush.

But a small part of me groans (which is my way of really wanting to whine incessantly but no one will care) when I flip over to a Canucks game with the standard signal. I'm spoiled obviously: I hate the grainier view, the distorted pans and the overall watered-down visual experience. We've all seen hockey in HD and it's magical, especially if you have a wide screen. Every Sunday the NFL invades my big flat box with their games which are all in HD and the entire summer feels like the MLB does the same. Standard signals aren't the the end of the world (still beats radio in my view) but it's the HD tease we suffer from.

It's like being on a date with a strict vegetarian and the guy next to you is eating a porterhouse: sure you can eat the roasted summer vegetables and tofu with a side of ginger broccoli seitan but, damn it all, you're paying for this meal and really want the dish that used to "mooo."

Perhaps a more attainable solution is simply to offer more HD channels on the Center Ice package (I believe they offer one currently). Chances are if you're shelling out the money for Center Ice you probably spend a good amount of time looking at your big flat box already and it's one that can accept an HD signal no problem. Hooray, you get to enjoy hockey as it's meant to be. If not then maybe it'll impact your next purchase. Even then chances are you'll go to a bar, restaurant or a friend's house were the game is being televisied for a crowd and you, again, are guaranteed a HD game.

Now with your HD game in hand let's dream one step further: you have the option to kill the announcers feed and listen to sounds of the game instead. DROOL...though that may still be the porterhouse talking.