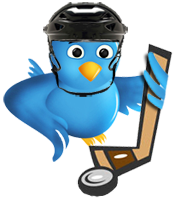 This may have flown under the radar a bit, but it's worthy of pulling back into the light. On Monday the Sun quote Mike Gillis from the GM meetings in Toronto as follows:

Gillis is a big proponent of Detroit Red Wings counterpart Ken Holland’s plan to extend overtime to eight minutes — with the first four played four skaters aside followed by the next four with three skaters each.

"It’s a good idea," said Gillis. "I don’t think that getting an extra point based on a shootout after you play a game that could be a great hockey game and come out of it tied ... I don’t necessarily think that’s the right way to get a point. I’d rather see players on the ice determine it in competition. I think it’s a good idea."

I'm a huge fan of this, not just because Vancouver is bad in the shootout, but the basic premise seems right: let the players keep competing for the win. Besides 3x3 is so rare, but it's such a thing of beauty. Imagine what the Sedins could do with that much space.

Also included in the talks were changing the All Star game (wait, what?) and the possibility of a coach's challenge. The latter received very little support, especially from Brian Burke who claimed "We have the best officials in the world, and they get it right most of the time." Make of that what you will.

Update - The ASG has officially changed: captains are chosen by the players and then the captains select their teams which includes rookies for the Skills Competition. It'll be damned interesting to see the drafting strategy by individual players.

A discussion on social media took place as well (speaking of which, MG had his first earth-shattering tweet this morning). Thanks to Coyotes GM Don Maloney we have a good idea of where their head is at:

Really, the point of talking about it, for all us 50-somethings in there, this whole Twitter/Facebook, we don't quite understand it...

Yet this was more a discussion on how do we get ahead of it? We don't want to discourage the personalities; we want the personalities. Paul Bissonnette is a great story and a great personality, but there [are] certain lines that you can't cross. It's more just for us to talk about it.

Is Bissonnette or Dan Ellis a bigger problem?

Granted he admitted above he doesn't understand it, but how a player would logistically keep a cell phone on his person during a game without it falling out and/or breaking is pure comedy (and a hell of a marketing ad for the phone manufacturer). Maybe they have chargers and docking stations behind them on the bench.

After a few minutes I warmed up to the idea; in fact in some cases - as a fan - it is exactly what I want to see. Put aside for a second it'll never happen; wouldn't it be nice to have that level of access to a player's thoughts? Put a NHL-approved iPhone or whatever at the ready in case a player did want to share something. A fight tweet in real time would be retweeted until fingers bleed. We have mics on players occasionally, Pierre McGuire monstering from between the boxes, this could be viewed as the next logical step in the chain. Obviously it's open to all sorts of PR nightmares, but it's at least thinking outside of the box which is never a bad thing.

By coincidence this just popped up in my RSS. Food for thought.