Calling All Prognosticators! Tell Us Your West/East Conference Predictions!

Share All sharing options for: Calling All Prognosticators! Tell Us Your West/East Conference Predictions! 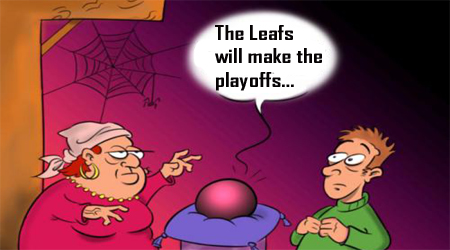 We do this every year here and it makes for great conversation. With the season starting tomorrow, it's time to channel your inner oracle and let your standings predictions be known! Feel free to elaborate why you pick your teams to finish where. I'll reveal who was the most accurate at the end of the season by a point system (along with updates during the season). So for every team that you pick: 5 points if you are bang on, 4 points if you are 1 off (above or below the actual), 3 points if you are 2 off, 2 points in you are 3 off. Anything beyond that is a fail, or, zero points. Deadline for your entry is 12:00 AM October 11.

1. Vancouver Canucks (Got ourselves a deep team. I feel confident)

7. Colorado Avalanche (Only if Anderson holds up)

10. Nashville Predators (I always underestimate these guys. Why change now? They lost Hammer!)

11. Minnesota Wild (Nobody is talking about Minny, but they look good to me. A much improved roster that could squeak in.)

1. Washington Capitals (When will their division rivals ever step it up? What a lousy division)

2. New Jersey Devils (Defence is suspect, but always find a way to win with their system)

8. Toronto Maple Leafs (See Calgary above. I still think these guys are going to surprise a lot of people)

Damn, this is tough stuff. OK, YOUR TURN!