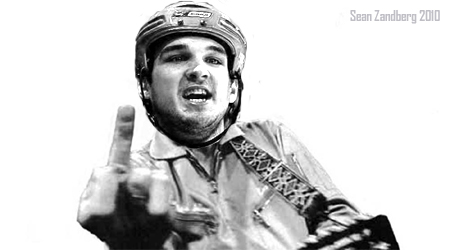 All this Shane O'Brien talk today and there is still more Canucks news out there. It's great because we have to wait so long for the first Canucks' regular season game (Saturday, dammit).  In an interview today, Mike Gillis stated that he is trying to trade Darcy Hordichuk: "We're trying our best to put Darcy in another situation. We don't know how that will work out. We don't know how that will work out....We've been trying to do something to keep him in the NHL."

I can hear the laughter....Stop it you guys! Stop! In all seriousness it is most likely not going to happen. Hordichuk is a great team guy, has a winning attitude, but is a goon for your roster with no offensive upside. In 129 games with the Canucks he scored 5 goals 2 assists. To me, he played like he was in the the latter stages of his career, yet he's only 30 years old. Hey we are hard on him here, but personally, I wish him all the best. A classy guy to be sure.

basically that he is hoping that Tambo clears waivers and is the first Canucks call up in the event of an injury. Have you seen the Gillis interview? Check it out courtesy of Canucks.com:

Notice how new Moose coach Claude Noel influenced the decision for Gillis to get Ryan Parent. I would have settled with an ice cream bar.

Peter Schaefer may make the final Canucks' roster, but he has not heard much from his agent yet. If he does get signed he will earn an additional $566,667 from the Boston Bruins, who bought out his contract 2 seasons ago. He received praise from Henrik Sedin Tuesday:

"He looks great. I mean, to miss a year and come back and play like he has, it's really, really fun to watch. It's impressive."
After spending a year in Europe after the Bruins cut him, Schaefer was an unwanted man. It's a strange situation with him. 3 different NHL teams (Canucks, Senators, Bruins) he has played on and in all 3 places he was either waived or traded or let go/bought out only to play in Europe on all 3 occasions. OK, so the one season (04/05) was because of the NHL lockout but you get my drift. A bad form of consistency. He is a gamble.
Ahem...this is cheerleader and athlete Amie Nguyen...who on her twitter page says: "If you don't know the Canucks then I don't know you." (Settle down, CC!): 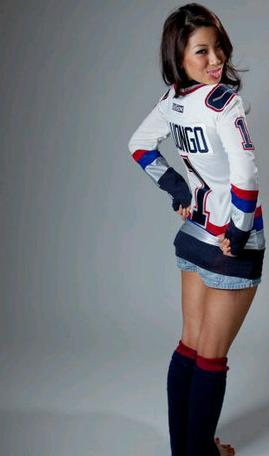 OK, now the other fun part...a sending off for Shane O'Brien because, you know, we shouldn't be assholes all the time. I'll do my best to thank a guy who I really didn't care too much for. Being in management, I just can't bring myself to support this type of personality in general. But SOB gave us some moments didn't he? A comical guy but a ticking time bomb who should avoid the media at all costs. Whatevs. Here we go:
The beginning: On October 6, 2008 the Lightning traded O'Brien and Michel Ouellet to Vancouver for Lukas Krajicek and Juraj Simek.
Controversy right off the start, but SOB calls it like he sees it:

The incident that the NHL PIM leader was referring was from a post game altercation with Ryan Clowe and Joe Pavelski after a game with the Sharks. Some video?

In his first season with the Canucks SOB scored no goals, 10 assists and accumulated 196 penalty minutes. But it was in his first season where all the controversy started, including the rant in front of the media in early February 2009, after the lousy January to forever forget. Mike Gillis met with each player to discuss their roles and what-not and SOB buries himself: "I am a player," O’Brien said. "I don’t want to be just considered a fighter." And more: "You don’t say much to the GM, he’s the boss," O’Brien said. "Like I said, it was the first time he has said anything to me all season. It’s like any profession, sometimes you don’t want to hear what the boss has to say, but at least I know what he’s thinking." More on that here. It wasn't just SOB complaining. Pavol Demitra was doing the same. After that day I disliked the two players even more than I already did, even though in Demitra's case I didn't think it was possible.

Anyway, O'Brien did not score a goal in a Canucks uni until December 20, 2009..103 games into his Canucks stint. Badda bing badda boob, thank you YouTube:

The drought was over indeed. And 34 games later:

The only 2 regular season goals he ever scored for us.

Lousy luck, Shane. So SOB scored 2 playoff goals here and to his credit, both goals came against the damned Blackhawks.

April 2009: Whammo! John Zeiler decks Hordichuk and SOB comes to the rescue (he comes to a goon's rescue..huh):

Anyway, I've ribbed O'Brien enough over his tenure here, but thanks for the entertainment, Shane. Maybe you'll find your identity in Nashville. Just don't think for a second that Barry Trotz won't sit you down if you're out of line. You have gone from one strict coach to another. But hey, I'm just some punk with a keyboard. Honestly I wish you well.