Share All sharing options for: Say hello to the twenty-first century!: Canucks & Avs 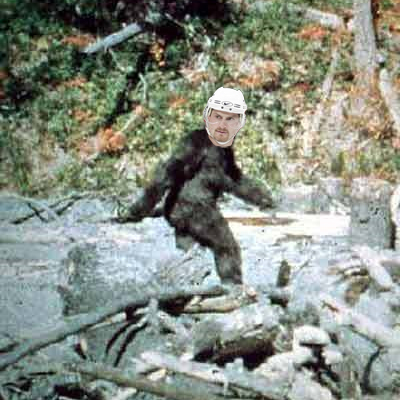 It's the wily Hejduk beast! Don't scare him, we get a reward if we shoot it in the head.

As we're doing that whole 40th celebration thing, it's worth pointing that a decade ago (2000-01) was another milestone of sorts: a return to respectability. Since then we've enjoyed four NW crowns and missed the playoffs only twice. At the turn of the last decade Burke's plan was taking shape, the dark forces of Keenan and Messier had left and it was the first season that the Canucks had the WCE going.

Of course at the time Colorado was a wee bit better. The two would meet in the first round that year and the fact the first three games were decided by a goal is a victory in and of itself. The Avs were the definition of sick: Sakic, Forsberg, Hejduk, Tanguay, Drury, Deadmarsh, Ray f'ing Bourque and that clownish chap in net. We didn't stand a chance, but it set the table for a decade of battles in which we learned to hate all those names and a few more along the way (expect Sakic who, as the BC guy, we deluded ourselves into thinking he'd defect one day and play for Vancouver).

Ah memories. I went back and looked at some numbers over the past decade. A sampling:

Is it also sheer coincidence that I hate the Avs and AV? Probably not.

Ah well, we got nothing else until next week. Better make this one count. At least with Halloween around the corner there's plenty of movies on the tee vee to watch. In that vein, an Army of Darkness quote: