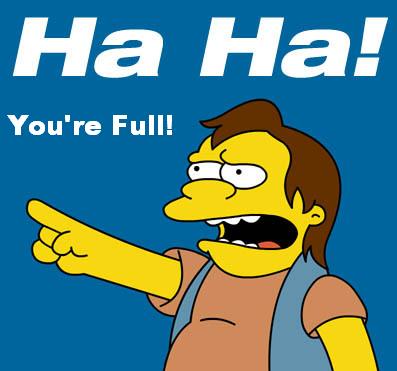 Y'all get enough turkey?  I have to say I love this time of year: all sports in full swing, the changing of the seasons, and a roasted bird slathered in gravy.  Add in some drunk relatives, recurring arguments and indigestion and your Thanksgiving is complete.  I think Sean really hit the nail on the head in his post-game summary regarding Roberto Luongo.  Out of the gate he has been the best player for the Vancouver Canucks.  More after the jump, but to be honest you better give me a minute... I am still full from last night.

3 of a possible 4 points, Luongo looking impenetrable, the Sedins seemingly picking up where they left off last season.  Not a bad first two games.  That being said there's still a lot we don't know about this team.  There appears to be some issue with others scoring, though 2 games in may be a tad early to judge.  They did get a number of chances.  Guillaume Desbiens looked impressive at times, and the new look defense is growing on me, though Kevin Bieksa remains a source of constant worry.  He's just so Jekyll/Hyde.  Meh.  Anyways, one of the signs of a good team is one that finds a way to win, and the Canucks did do that.  Florida fired a lot of shots at Luongo last night, though I thought too much was being made about the Panthers playing the night before.  The season's not a week old yet, if you struggle on a back to back this early in the year, you need to speak with your training staff.

The first road jaunt of the season is next, the Canucks will cruise down to Cali for games against the Douchy Ducks of Anaheim Wednesday and a rematch against the Kings Friday.  It will be good to sit down and examine their first week after the... what are you doing?  I saw that.  You're looking ahead to next Wednesday.  Stop that!

Leave it to Sean Avery to steal the headlines on a night where there were some noteworthy stories.  This time though, we're not talking about Sean Avery: Douchebag Extraordinaire.  We're talking about Sean Avery: Victim.  The Islanders/ Rangers rivalry is one of the most heated in the league, and it got a little spicier last night as the Isles' James Wisniewski made an obscene gesture at Avery during a 1st period stoppage in play. Here's the video, and a warning to you all, the video contains scenes that are suggestive in nature, and should not by viewed by those of you drinking coffee near your monitor, suffering from chronic immaturity, or viewing this in a library.

Stupid move on Wisniewski's part, especially considering how often he has to face the jerk this season.  Will he get suspended?  I bet yes, just a lil slap on the wrist and a fine.  Uncle Gary will come out and give some piffle and fooferah about professionalism, everyone will stifle their giggles and then the NHL will get back to letting guys get away deliberately trying to hurt each other.

Speaking of douchebags, Dallas' Mike Ribiero was arrested for public intoxication at a Dallas restaurant Sunday night.  No word on whether he tried to draw a police brutality charge by inexplicably falling down on his way to the squad car...

In the good news department, Atlanta's Ondrej Pavelec was released from hospital yesterday, after collapsing suddenly in a game Friday night.  Turns out he just fainted, and nothing serious seems to have been found in the tests they run, and hopefully he will recover quickly from the concussion he suffered when he struck his head on the ice.  That brings us to an update on the... NUCKS MISCONDUCT CONCUSSION COUNTER!!

Add Buffalo's Jason Pominville to the list of the glassy-eyed and drooling after he got run from behind last night by Chicago's Niklas Hjalmarsson.  Hjalmarsson has a disciplinary hearing scheduled today, my bet is he gets less than Wisniewski.  The count is now 9, though if you count Calgary's Rene Bourque and Raitis Ivanans being listed as head injuries we are in double digits less than a week in (that count includes the holdovers from last season, Savard and Lapierre).  At this pace, we could get close to 100 before January.  Nice.