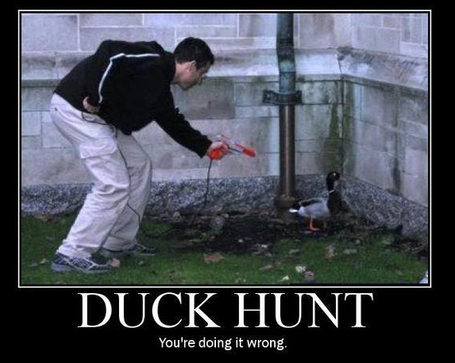 Just a few weeks ago we all twiddled our hockey-starved fingers anxiously waiting for the preseason. Now that it's come and nearly gone, we had to bid a fond farewell to stars of tomorrow like Kevin Connauton, Jordan Schroeder and just today Sergei Shirokov. The only drama left is maybe how to properly tell Cody Hodgson he has to go to Winnipeg, carefully tell Peter Schaefer that it didn't work out and politely ask Brendan Morrison if he'll play in exchange for cell minutes.

Tonight is the last meaningless game of the 2011 season, but some will be paying attention. First our new top Swedish wrecking crew line will be out to get their engines revved up for next week and the reworked Kesler line (it needs a name, "RKT" until then) is there too; if folks thought Ryan Kesler and Alex Burrows were a pain in the ass, I can't wait to see what fresh set of hell Raffi Torres can bring. The other two lines - Schaefer-Hodgson-Hansen / Glass-Bolduc-Desbiens - are all looking for work. Hansen is the safest of the bunch and don't be shocked if the fourth line decides to try and kill anything that moves. On defense four of the top five guys are playing (Hammer's enjoying a quiet night at home stabbing his Marian Hossa doll in the crotch), Alberts and Rome are auditioning and SOB is no where to be found. The tandem of Keith Ballard-Kevin Bieksa may be the nicest thing to happen to Anaheim since Disney dropped anchor there.

The Canucks have been kicked around most of the preseason but here's hoping they can make a statement against the Ducks and ride that high straight into next Saturday's reunion with a purple Willie Mitchell and the rest of the LA burnouts.