It's The Burrows and Luongo Show! Canucks 4 Coyotes 0

Share All sharing options for: It's The Burrows and Luongo Show! Canucks 4 Coyotes 0 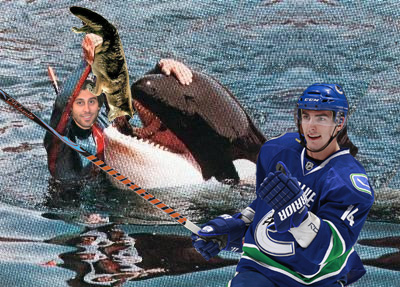 Big hat tip to SteveNux for sharing his photo creation (above).

Maybe not quite the exact order of events but close. To continue on with this strange recap, here are some images: 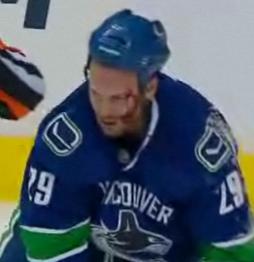 Damn, Rome, I think your cheek is still on the ice. Better pick it up and freeze it! 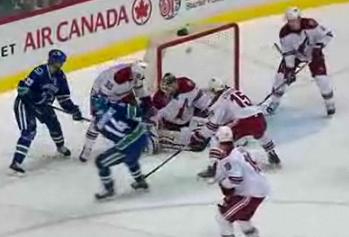 4 goals in 2 games for Burrows! 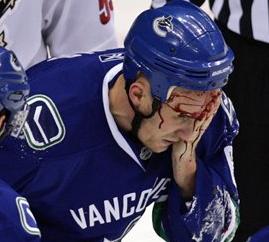 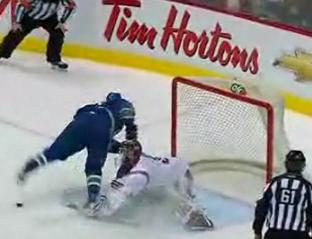 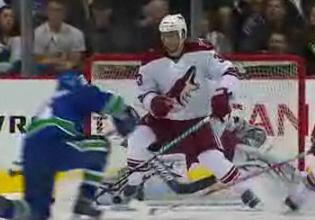 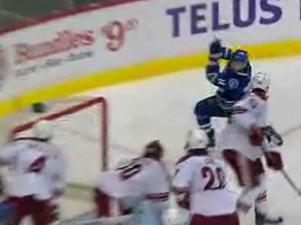 Are you fricking kidding me?! Burrows scores his hat trick goal and hats fall from the sky. Somewhere out there Petri Skriko kicks over his coffee table and beats his kids. 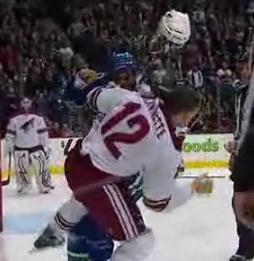 2. Lank: Saved our butts in the 2nd period when the Canucks were outshot 16-5.

Ed Jovanovski proved why I don't miss him in a Canucks jersey...at all. How did you enjoy the first hand look at all 3 Burrows goals Ed? How's that -3 treating you? Yeah, sleep tight.