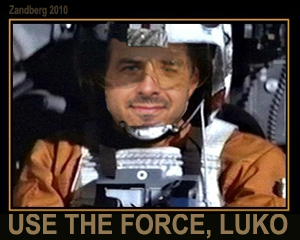 -What in the blue hell does Jannik Hansen have to do to earn a roster spot with the Canucks? This guy has much more potential than Hordichuk and Rypien in everything except dropping the gloves. That in itself should be an indicator. Our beloved Dane has more speed, PK ability and finish than the aforementioned players yet he continually rides the pine, and I don't like it. That's just my 2 cents.

-"Let's be honest, this isn't that bad." That's what Brad Lukowich said about the Canucks' upcoming road trip. Here is why. I like this guy. His experience comes through in times like these. While the Canucks may have lost the first 3 games with Luko in the lineup, they have won 6 straight under the same circumstances. I have had faith in this guy since day 1. His plus-minus lately does nothing but encourage the faith I have in him.

-Harry Neale and Orland Kurtenbach down-played the severity of the Canucks' upcoming road trip as well.

"I think the toughest thing we had going back to the 1970s was flying commercial," added Orland Kurtenbach. "It's not the games that kill you, it's all the waiting around at the airports."