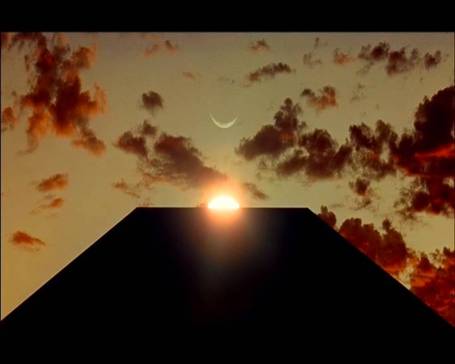 Though the Canucks have a pesky opponent awaiting them tonight at GM Place, you can't help but think they're looking ahead to the record setting Road Trip From Hell(tm).  But is it really going to be the downfall of one of the league's hottest teams right now, or does it play right into their hands as they pursue their 3rd Northwest Division title in 4 years?

Yes the match tonight is an important one as the Canucks look to close out a succesful homestand and month of January that sees them 8-2-1 to date.  They will kick off that road trip Saturday in Toronto still under a cloud of controversy.  The Canucks will be having a phone conference with officials from the CBC and Hockey Night In Canada that could determine whether or not the team's boycott of HNIC will carry over this week.  Listening to Mike Gillis on the Team 1040 yesterday, you get the feeling that this will all be put behind them, barring some kind of inability for the network to promise that incidents like Ron MacLean's swiftboat-like attack on Burrows is a thing of the past.

The team has been preparing for this monumental journey all season, working with a sleep specialist to help maximize the effectiveness of rest on the road.  When you break down the first portion, it's not that bad, as the first 6 games come against Eastern squads, who the Canucks are 9-1 against this season.  Especially with the first 3 against the Leafs, Habs and Sens, the rivalry with their fellow Canadian squads should get them fired up for the remainder of the journey.  After Ottawa they head to Boston, then down to Florida to take on the Panthers and Lightning before wrapping up the first half of the trip with games in Columbus and Minnesota.  The Olympic break follows, then start what is likely to be the tougher part of the trip: Columbus/Detroit back to back, then Chicago, Nashville, Colorado/Phoenix back to back to wrap it up, with 3 days rest at home before hosting the Sens on March 13th.  Yes the Canucks need to play better on the road than they have so far this season, though they have shown signs of improvement lately, as recent wins in Dallas and Edmonton show.

One player who will need to step things up on the road is Ryan Kesler.  While his defensive abilities are consistent, the Canucks will need more production from the 2nd line in general, and as one of the team's leaders Kes must show that he can get it done at home or on the road.  It's a given that we will see Andrew Raycroft on a game or two during this trip, most likely in the back to back situations after the break, but a lot of that will depend on how much Roberto Luongo plays at the Olympics.  His recent strong play has his stats up to almost the same of the favorite for the starting job, Martin Brodeur.  You have to think he will get at least one game, after that it's all on Brodeur to keep the job.

Donuts of misery and despair, anyone?

I don't know what was sadder to watch last night: The Oilers losing their 11th straight, or Detroit blowing a 2 goal lead with less than 2 minutes left and eventually losing in OT to the Coyotes?  Some have said the fact that the Oilers held the Hawks to single digits is a moral victory.  You know your team is in serious trouble when you have to attach the word 'moral' to victory.  Like a twitter friend pointed out, it's hard for Canucks fans to feel sorry for Oilers faithful with memories of Glen Sather flipping off the crowd at the Pacific Coliseum still fresh in our minds.  Karma's a bitch, ain't she?  It's stunning to see the difference a year makes for the Red Wings.  They are not looking like the team that won the Cup 2 years ago and almost made it back to back just a few months earlier.  I know they've had some brutal injuries to deal with, but that team's seemingly perpetual depth was what made it such a beast all these years.  Either way, it's shocking to think that they may actually miss the playoffs this season.

Is it just me, or was Alexander Ovechkin not getting a single point in a 7-2 Washington win over the Islanders one of the biggest surprises of the season?  We all know the Caps have great scoring depth, but that's crazy.  The Flames will try and right their ship against another recently struggling team as the Stars visit the Saddledome tonight.  Given the lack of confidence the Flames have been playing with at home and the Stars coming off a win in Edmonton, it won't be a surprise to see Dallas pull off the Alberta sweep, everyone's doing it lately.  Changes, despite what the Sutter brothers claim, are coming in Calgary, it's just a matter of when.

Still lots of fallout from the Kerry Fraser crosschecking call Monday night, leading one Sabres blogger to take a page out of Ron MacLean's book and show off teh awsum mind reading skillz.  We all know it was a bad call, but when you start putting words in people's mouth like MacLean did, that's never a good thing.  The Chicago Blackhawks/Kurtenblog picture scandal has added some much needed laughs into a tense couple weeks, especially with word coming last night that the team is going to handle the matter internally.  So uh, if those pics are fake, they would just come out and say so, right?  Either way, the reaction to them is side-splitting.  Harmless pics for the most part, the true comedy comes in the comments section.