I have come here to chew bubblegum and kick ass...and I'm all out of bubblegum: Canucks & Hawks

Share All sharing options for: I have come here to chew bubblegum and kick ass...and I'm all out of bubblegum: Canucks & Hawks 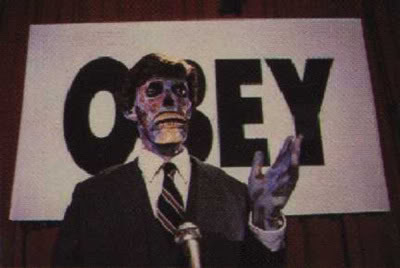 Blackout says Vancouver wants to send a statement to Chicago tonight. Great. Why is it everytime I hear that guy open his mouth I want to punch myself in the face? If he's in the box in the opening five minutes, send him to Manitoba or, worse yet, Edmonton.

On the one hand, using Chicago as a measuring stick makes perfect sense. They're basically the best team in the league if San Jose isn't around to hear you say that. Kane, Keith, Toews, Sharp, Versteeg, Hossa...christ we should all have such problems. And I won't lie, I sort of dig the Hawks (except Byfuglien, fucker). Niemi is keeping two of my fantasy teams relevant. Besides, they sucked for so long their fans deserve some good things going their way.

On the flip side, I agree with the KesLORD that Vancouver is sniffing at the heels of the elite teams out there. Forget the playoffs last year, the better team won. But right now the Canucks are humming along and - as long as they don't get over emotional behind their depleted defense and hand the game away shorthanded - there's no reason to think they can't take two points, be it Chicago or anyone else.

As always, this has the making of a good one. No hair pulling please. And welcome back to the show Baumer (*tips hat*).

The world needs a wake up call, gentlemen, and we're gonna phone it in. Gamethread goodness starts now.