We tear ourselves and everyone else around us to pieces for that inch: Canucks & Stars

Share All sharing options for: We tear ourselves and everyone else around us to pieces for that inch: Canucks & Stars 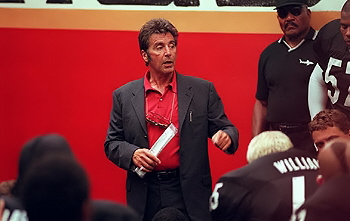 Vancouver walked into Rexall last night and, to my eyes, stunk up the joint. Unless Willie Mitchell is really the tie that binds, they let Edmonton dictate the play, take advantage of a slew of odd man rushes and needed the PP to crawl back into it. Sure, good teams find ways to win and bad teams find ways to lose and, in the NHL, you have NHL officiating as an extra variable.

The past 24 hours are a fine example that hockey (like the themed football reference...see what I did there?) is also a game of inches. And like Mr. D'Amato said, you add those inches up at the end and it's the difference between winning or losing. If Gagner's bullet is an inch or so off, the Oil don't grab the lead. If Raymond doesn't use his speed to gain a few inches on Grebeshkov, then he isn't in a position to force the penalty or convince the refs of one.

Tonight, they get another opponent with similar problems: the Stars lost nine straight on the road and 12 of their last road games. They have their own set of injury woes (Mike Ribeiro, Brenden Morrow & Jere Lehtinen) and goalie issues (with Alex Auld starting again, is Marty's Turco on his way out?). And though they are on the outside looking in, a win tonight will pull them within two of 8th.