As your attorney, I advise you to drive at top speed: Canucks & Wild

Share All sharing options for: As your attorney, I advise you to drive at top speed: Canucks & Wild 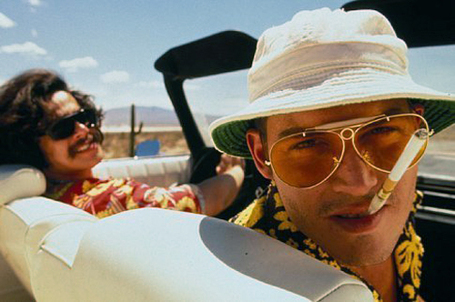 With the whole Auger thing in the rear view (he and his fine "officiating" are on display for the Pens and Flames fans today) let's delightfully move back to the topic at hand: Vancouver needs a win after two straight losses. Across the ice is the suddenly surging Wild who, with a win tonight, will join the logjam of Western teams trying to stay in the playoff hunt. However, with a little help from our Saturday opponents, Vancouver can jump back into the NW lead tonight with a win.

Let's forget laser pointers, bad calls, chupacabra's and whatever other distractions are lurking around. Time to get back on the winning side of things with some stingy defense, timely goals and some killer instinct. And for fans of the "better angry than anything" mentality, you can take solace in the fact that between Kesler's stick smash, Mikael "go fuck themselves" Samuelsson and Burrows suddenly duplicitous role as goal scoring machine and officiating nightmare, there's certainly plenty of anger to go around. Motivational anger? Some shrink somewhere would be proud.

And speaking of inspiration, how about this from tonight's theatrical theme?

There was madness in any direction, at any hour. You could strike sparks anywhere. There was a fantastic universal sense that whatever we were doing was right, that we were winning.

We can only hope so.

Let's do it. Here's your game thread.