Tuesday Morning Coffee: Awww... you guys got me good on that one!

Share All sharing options for: Tuesday Morning Coffee: Awww... you guys got me good on that one!

What a burn!!!  I can appreciate a good joke as well as anyone, in fact once the laughter of others stops I can often appreciate what effort went into the setup of the joke.
It almost feels like the whole day was part of an elaborate practical joke, and anyone who felt that the NHL was going to get to the bottom of what happened Monday night between Alex Burrows and referee Stefane Auger.  Instead, we got the harsh burn, and it's seriously making me laugh.  The one-liner to end all one-liners.  "Matter Closed"

(Feel free to go back to this during the course of this article and hit play whenever you see the cue).  I never realized that guys like Gary Bettman and Colin Campbell were actually comic geniuses.  2 words and they absolutely killed the room.  And like any good comedians, there are those that riff off what they say and give it a little twist so it doesn't look like they're ripping them off.  Like TSN's Darren Dreger, who called Auger "a respected NHL official" (rimshot).  His work with the Phoenix Coyotes, Detroit Red Wings and what is becoming a catalog of work with the Canucks is respected, huh?  Or how about The Toronto Star's Damien Cox, who is staying current by throwing Burrows under the bus, pointing out his reputation yet not including Auger's (rimshot).

All kidding aside, you can get the details from Greg Wyshynski at Puck Daddy (who broke the non-discipline story last night on the Kurtenblogger's radio show on Vancouver's Team 1040), and a great breakdown of the situation from a Vancouver viewpoint by Trevor at Internet Trashcan, who always has a thorough, well researched look at the issues.  I guess it's disappointing to see Burrows now getting the Swift Boat treatment from 'journalists' eager to line themselves up with those who would stick their heads in the sand.  Again (rimshot). 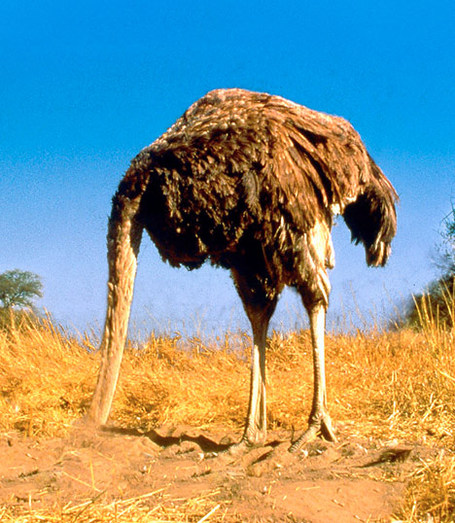 The Canucks look to put the whole mess behind them in an important divisional battle against the surging Minnesota Wild.  The Canucks have fallen in the standings due to the losses in their last 2 and Nashville beating the hapless Oilers last night, so they will need a win to keep pace.  The full pregame report from Sean will be up soon, so make sure to check back for that.  Of note, they changed the scoring on Burrows' 2nd goal Monday night, giving the assist to Henrik instead of Daniel.  With Joe Thornton getting an assist last night, that leaves Henrik with a 4 point lead in the scoring race.  If you heard a roar coming from the valley last night, that was the pro-Canucks crowd cheering as Lawrence Nycholat scored the OT winner for the Manitoba Moose as they won 4-3 in their first visit to Abbotsford to visit the the Flames' affiliate Abbotsford Heat.  Mathieu Schneider had an assist, and Cory Schneider had 29 saves as the Moose battled back from a 2-0 deficit.

Something to nosh on with your coffee

Marty Brodeur stopped 51 shots last night in New Jersey's 1-0 shootout win over the Rangers.  He didn't even allow a shootout goal.  As a Team Canada fan, it makes you feel good to see Brodeur and Luongo both playing strong right now.  The Islanders bombed the Red Wings 6-0 last night.  That's not a misprint.  Oh yeah, and the Lightning knocked off the Caps 7-4.  Doesn't it feel like this is where you should be hearing the rimshots?

That's it for me, I might have some more thoughts and pregame stuff on my blog at http://waachcast.blogspot.com