Kesler Is Mike Gillis' Next Signing Priority, But When Should Gillis Extend Him?

Share All sharing options for: Kesler Is Mike Gillis' Next Signing Priority, But When Should Gillis Extend Him? 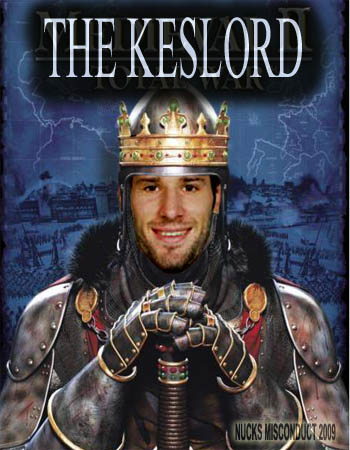 At the post-Luongo signing presser, Gillis said that Ryan Kesler is his next priority. And the Keslord is both flattered and persistent that he wants to play his whole career in Vancouver.

"Obviously it's good if they want to extend you before your contract's over," Kesler said following workouts at UBC. "That's something pretty special. I've said before I want to play here the rest of my career. So whatever happens happens."

Is there really any hurry to lock this guy up? I think that there are arguments for and against it.

Let's face it, Kesler is not just a core part of the team. He bleeds for the Canucks. He is a leader. He pulls no punches in post game interviews and challenges himself mostly, but also his mates. He had a career year last season, scoring 26 goals and 59 points in 82 games, a 22-point increase from the previous season.

How can you not love a guy who, along with Alexandre Burrows, preaches pay cuts to teammates to keep the team intact before being shushed by the powers that be?

He's versatile. He plays so well at both ends of the ice. He can adapt to any role.

Given that Kesler is a huge commodity, it will be somewhat of a distraction if he isn't locked up before the season starts.

There are strings attached to his career year. One big string would be Mats Sundin. Before the RPM Line consisting of Kesler, Sundin and Pavol Demitra was formed in the 4-3 win against Carolina that snapped an 8-game losing skid, Kesler had played 50 games, scoring 11 goals and 27 points for a .54 points-per-game pace. After the RPM line was formed, he played 32 games and scored 15 goals and 32 points. It's no secret that it helped him not only by clicking with Sundin and loving playing with him, but he moved off that 3rd line as a checker and received more minutes in a more offensive role.

How will Kesler fare if Mats Sundin does not return? Is it going to hurt his production or is he going to come into his own as he matures as a player? Would a Kesler-Demitra-Samuelsson/Burrows line keep Kesler at a point-per-game pace? This is up to Kesler.

These question marks dictate how much the Keslord can make after his current contract expires. Is Kesler true to his word about signing for less? Well then I think he should be signed now at a steal. But what is Mike Gillis thinking? Who knows. In my opinion, there are too many "what-ifs" tied to Kesler's production from last year and I want to see him hit that 60 point season again this year before I'd call him a guaranteed offensive force. If he can't put up decent numbers offensively, he may be delegated back into more of a checking role, thus reducing his value.