UPDATE: Don't forget: canucks.com will be streaming the game so no excuses.

The Shirokovian era (Connautonian? Tochkinian?) trucks along tonight with the final prospects game of the week against the baby Oil. I found this graphic on the CDC boards and thought it was well done: 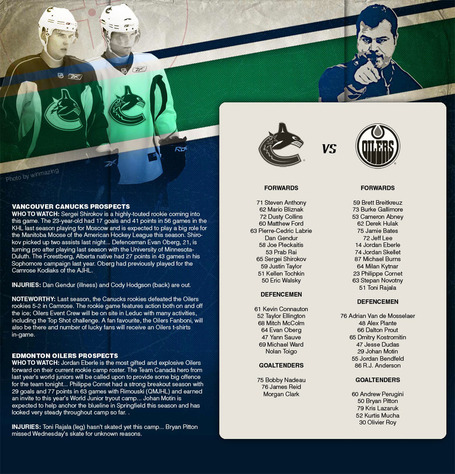 If you'd like some more on the Edmonton perspective, do check out Copper & Blue, the SBN Oilers blog. One guy to keep an eye on for the Oilers would be Jordan Eberle, their first round pick last year. Lowetide also has his top 20 prospects in the Edmonton organization.