Share All sharing options for: Mike Gillis One Step Closer To Emperor Of All Things You Care About 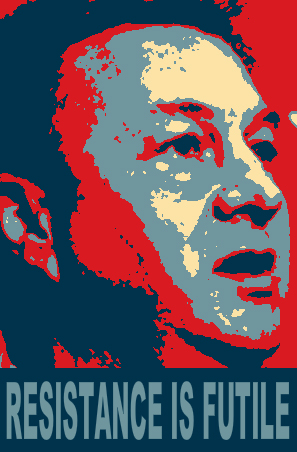 Canucks Sports & Entertainment announced today that President and CEO, Chris Zimmerman has made the decision to step down from his position for family reasons.

Zimmerman has spent the past three seasons providing the overall strategic direction for the company. General Manager and Alternate Governor, Mike Gillis, has been named President of Canucks Sports & Entertainment.

Effective immediately, General Manager and Alternate Governor, Mike Gillis has been named the President of Canucks Sports & Entertainment. Gillis, in partnership with Chief Operating Officer, Victor de Bonis will be responsible for the overall strategic direction of the company including broadcast, marketing, sponsorship and ticket sales, finance, human resources and arena operations.

Whispers of Zimmerman stepping down first popped up yesterday.

UPDATE: Via the Sun: Vancouver also announced that Tod Leiweke, currently CEO of the NFL’s Seattle Seahawks, will join the board of Canucks Sports and Entertainment and serve as an adviser as well.