Who is Andrew Raycroft?

Share All sharing options for: Who is Andrew Raycroft? 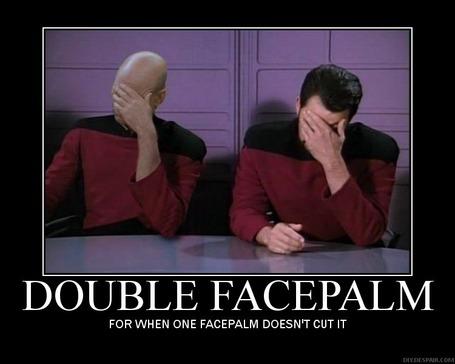 I'm not bagging on them entirely, just pointing out they all came to Vancouver packaged as anything from a capable #1 to a capable back-up and all unceremoniously were shown the door. Enter Raycroft who, on the face of it, feels like the worst of the entire graveyard lot. Which is saying something since at least he has a Calder on his resume.

So just who is Raycroft and what should we expect?

Boston drafted Raycroft 135th overall in the 1998 Draft (fun fact: Samuelsson was taken 10 spots later by the Sharks). He didn't step on NHL ice until 2002-03 for Boston, but it was the following season where he came of age, running up a 29-18-9 record along with a 2.05 GAA and a .926 save percentage. The Bruins finished second in the East, Raycroft gets rookie of the year and a happy hockey story for an original six team is born.

It lasted a single summer.

Following the lock out (where he played in 11 games for Finnish team Tappara in the SM-liiga) he returned to Boston where he struggled mightedly, getting eight wins in 30 games and forcing Boston to turn to current Vezina winner Tim Thomas to pick up the slack. Raycroft was eventually waived, sent down to Providence and ultimately traded to Toronto for Tuukka Rask.

Toronto, it would seem, was a safe gamble: give a Calder-winner another shot at establishing himself and finding his game. If you look blindly at the numbers they don't seem so bad: tying a franchise record with 37 wins in his first year and still ranked top 10 in save percentage).

But there's a reason why Raycroft was dumped after just two seasons and it wasn't because Vesa Toskala was that great. In his best Toronto season Raycroft was still ranked 36th in save percentage (.894) and 32nd in GAA. You can blame Toronto for some of this sure, but on the other hand, maybe Raycroft was just plain bad:

Basically, Raycroft has trouble stopping any shots that came from prime scoring areas on the ice. How much trouble? Well, a look at expected GAA and Sv% shows that Raycroft was the worst in the league before Christmas last season. He gave up almost 1 goal more per game than should be expected based on where he faced the shots.

The following graphs (courtesy of PPP from the same fanpost linked above) show where the goals on Raycroft came during his best season in Toronto: 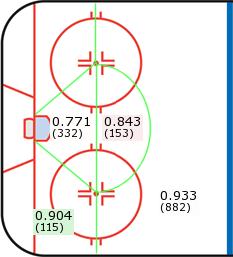 When Raycroft was picked up by Colorado around this time last year, he claimed to still "have it" and aimed to be Colorado's #1 guy. Considering he was up against Peter Budaj, it was hardly an insurmountable task. And again, if you squint real hard, the Avalanche numbers are OK: he started 9-1, making him the second goaltender in their history to begin a season by winning nine of the first 10 games.

But here's another perspective:

Raycroft ranked 43rd (out of 47 qualifiers) in both GAA (3.14) and Save Percentage (.892). Razor had some flashes, but was never quite able to pull it all together. In 31 appearances, he allowed 4 goals or more 12 times. (The fact that the toothless Avs managed to win 3 of those games is astounding to me).

Yes, his 1st half numbers were respectable, but even when he was winning, you had the sense that he wasn't really in command of his game. I don't think he ever looked comfortable between the pipes - surprising for a guy who seems to have such a...um, calm demeanor. Oh, and he really should have put some of that Toronto buyout money towards a glove that doesn't have a gaping hole in it.

That last point is worth noting. If you poke around the Leafs/Avs years, you'll see a reoccuring theme: he seemingly doesn't give a shit (can't shake George Carlin every time I think of that phrase). He doesn't look comfortable, doesn't play confidently and doesn't care when off the ice. You can either blame two stops on two bad teams or just accept that's who he is.

So what is a guy who finished last year 3-15 doing on the Canucks? Hell, why is a guy with one of the worst save percentages in the post lockout era (see Mirtle and Copper and Blue) even still playing in the NHL much less on a team with a goalie who's one year removed from a significant groin injury?

The wildcard here is Cory Schneider. If Schneider outplays Raycroft in camp (and there's nothing to suggest he won't) then Raycroft sits in Manitoba for cheap. If Vigneault wants a more experiened netminder behind Luongo (Schneider couldn't hold down the back-up gig last year) then Raycroft will need to be called up. That's why I think Tom Benjamin nailed it:

Raycroft is really cheap and he really sucks and that’s exactly what the Canucks need this year. That might seem outrageous – it is outrageous – but given the CBA, this is a pretty smart signing. Is there anybody better at clearing waivers? That’s the special skill Raycroft brings to the table this year.

Bingo: no one wants him and he gives Gillis a great deal more flexibility then he would have with Sanford or a similarly capable back-up. And, if this is motivating factor, then does it even matter that Raycroft is basically a bust with a poor attitude?

Maybe Raycroft will eek out a win here and there. Maybe he'll steal one in the shootout (assuming the shooter doesn't go gloveside). Maybe, just maybe, he'll simply be adequate.

But let's not kid ourselves with anything else. This isn't a change of scenary move. He's not going to suddenly regain Calder-type status. Certainly not on a team built from the net out and not with one that, as of now, will be entering camp with a weakened defensive core. Only in the cap era would we as fans be asked to accept a player who is this statistically bad, with this much baggage, who has fallen this far from his career highs, simply because no one else wants him.

This is Andew Raycroft (who, until there's a better nickname, I'm calling 'facepalm' because it feels right).