Six Questions Regarding The Canucks Offense

Share All sharing options for: Six Questions Regarding The Canucks Offense 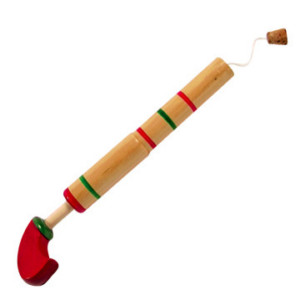 I think Alain Vigneault haunts me in my sleep (which frankly isn't cool, I should be slaying dragons or the Jonas Brothers during that time). But I can't shake the fear that the Canucks will have problems scoring every season, the upcoming one being no different.

Last year, when Gillis mandated a more up-tempo and less coma-inducing offense, Vigneault (to his credit) adapted his style and the Canucks vaulted from 23rd in the league to 11th in scoring.

But based on the biggest offensive changes so far this summer (Samuelsson in, Sundin out) is there any reason to think they can improve their production per game? Anything's possible, but as always, there's good reason to be skeptical.

With the first preseason game exactly one month away, here's six random questions regarding the Canucks offense.

1. So just who are the forwards?

With the news that Sergei Shirokov is heading to training camp, it adds to an already interesting problem for the Gillis/Vigneault machine as to what the forward ranks look like (though knowing Vigneault is going to juggle them 30 seconds into game #1 is a given).

For the sake of argument, let's assume three things: Gillis will make no more additions or subtractions at the forward (hardly a stretch based on his year and change of service). Secondly, the twins will call the first line home again. Lastly, let's assume (though I doubt they'd do this) the Canucks elect to carry the 23 player maximum: two goalies, seven defensemen and 14 forwards.

That leaves 12 full time jobs up for the following NHL-caliber players:

There's some kids to keep in mind as well:

If the rumors that Hodgson is a lock are true, there's your 12. But if history is any indication, it's probable that a standout in camp will make the cut (as Raymond did two years ago and Hansen last year) and that puts you a guy over. Grabner is the best bet to have a good camp and run the number to 13. But who knows: maybe Patrick White finds his stride, maybe Shirokov is ready for the NHL and Gagner already admitted that Schroeder could make the team now.

So who should make it? Who shouldn't? And if a guy like Grabner doesn't make it or conversely knocks someone like Hansen or Raymond out, should one of them be traded or just sent to the Moose to wait for the inevitable injury call-up?

2. Who rides shotgun with the Sedins?

I've seen it suggested in a few places that Samuelsson may get to be the third twin this year. However, the Sedins and Burrows line led the team with 61 ES points last year and, as you know, finding a proper line mate for the Sedins isn't exactly easy (only Burrows, Anson Carter and Taylor Pyatt can claim success as the third twin). Just plopping a Swede down in that role isn't a gurantee of anything; just ask Markus Naslund or Magnus Arvedson.

And, in case you're curious, the Sedins and Demitra were the second highest combination of ES points at 38. Does Vigneault stash 'spoldy bones on the first line again? Probably not as Demo's game is no where near the compliment that suits the Sedins well (i.e. driving to the net). And speaking of Demitra...

3. What's to be expected of Demitra?

Demo's point production per game inched up a bit last year, but has steadily decreased since the lockout (1.07 with Los Angeles, .90 and .70 in two years with the Wild and .77 last season). His average TOI is also down through the same four year span, 21:04 with LA to 17:29 with Vancouver. Can the soon to be 35 year old produce enough to be fourth in points (53) again? Naturally you're worried about his Salo-like durability, especially considering the last time we saw Demo he took himself out of the game by checking Brian Campbell. I'm of the mind Demitra is only as good as his linemates (the days where he could seemingly score at will are definitely over) and he seemed to gell well with Kesler so while his spot on the second line is likely safe, I'd expect lower numbers this season (and if the Canucks falter into next spring, he'd be an attractive guy to move though he does have the NTC).

4. Who replaces Pyatt and Sundin's production?

Losing Pyatt and Sundin means 14 ES goals. Obviously they'll be looking towards Samuelsson to make up for some of that - and hopefully Kesler and Burrows can add to their breakthrough seasons with a few more tallies - but how huge an impact could Steve Bernier be in that regard? If the Canucks training staff really worked on his conditioning and his hands of stone issue, he alone could make that number up and blossom into the power forward that scouts had projected him to be. I expect a lot of pressure to be on his shoulders; Bernier needs a great start and a big year. Same goes for Wellwood.

5. How bad will the breakout hangovers be for Burrows & Kesler (if at all)?

Around the end of January - somewhat in line with jumpstarting creaky ol' Mats Sundin and ending the massive losing streak Vancouver was on - Vigneault broke up the core of his checking line and gave Burrows the enticing first line role while Kesler lined up with Demitra on the Sundin line. It worked beautifully: Burrows and Kesler combined for 22 goals and 40 points and helped the team to a 14-3-2 record deep into March. Now with no Sundin to distract the opposing defenders and teams a bit smarter as to how to shutdown the twins and Burrows, it won't be as easy to repeat that production. Or will it? I suspect Kesler will have another strong year, but Burrows should crash back down to Earth since his ES numbers will be hard to duplicate. And, regardless of what I think, what's Vigneault's next trick if they both hit the wall?

Blackout played 73 last year and ranked dead last in even strength TOI at 5v5. That's to be expected as most goons don't pile on the minutes, and while some of his puglist counterparts saw similar game starts (Parros at 74 and Boll at 75 GP), others saw far less: Boogaard suited up 51 times, Brashear 63, Stortini 52, and Cote at 63. Not to detract what a momentum shifter (pro and con) Blackout can be, but for a team so heavily penalized and already employing perennial shit stirrers in Rypien, Kesler, Bieksa, SOB and Bernier to a lesser extent, how valuable is Hordichuk's extremely limited on-ice contribution? Would the Canucks be better off scratching him 13 more games this year and leasing that slot to one of the many prospects waiting in the wing?