Share All sharing options for: Grading Gillis A Week Later

It sure felt like July 1st was long ago, but it's only been a week since the drama with the Sedins came down to the wire and we said goodbye to Mattias Ohlund as he hit the moneytrail. At the end of relatively quiet first day for Vancouver, the majority of you crazy kids graded papa bear's moves with a B- or C+ depending on your outlook.

Six days later Vancouver has added and lost some more humanity and subsequently ran their cap almost into the ceiling with these guys:

It would appear Gillis isn't done yet but, for now, here are you defending Northwest Division champions: 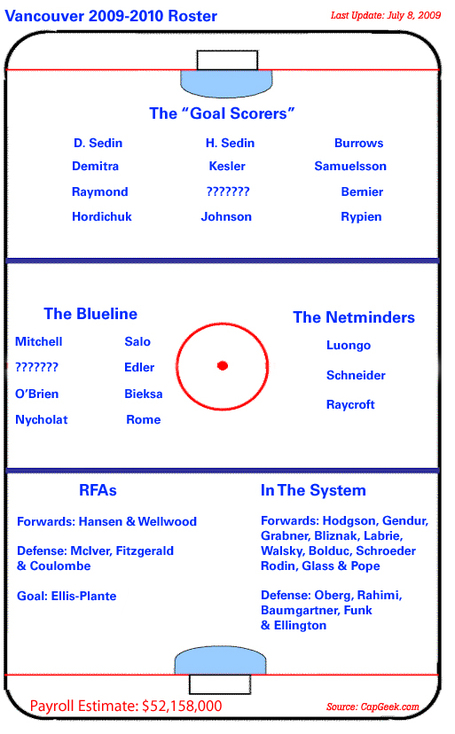 So if last week, you gave Gillis decent marks for keeping the Sedins before they became Maple Leafs, how would you grade him now given the new guys, the cap issues and the remaining holes on the team?