A Closer Look At The Kids & Newbies

Share All sharing options for: A Closer Look At The Kids & Newbies

Yeesh, the summer days are getting long. It's pathetic that I've taken to NY Ranger re-runs on television to sustain my hazy Saturday mornings.

The Canucks Prospect Camp wrapped up yesterday and the mothership offered some great insight into the kids, including a running list of camp updates, Yann Sauve keeping a blog and (dear god) something about yoga.

Pleasant news on the Cody Hodgson front (ignoring he came in second on the Grouse Grind): he had a decent camp and, coming off his spectacular junior season, his roster spot is damn near set. Hodgson will continue to train three days a week with Pavel Bure trade fodder director of player development Dave Gagner who is also keeping an eye on Patrick White and Yann Sauve.

Queue up the "Wellwood Vs. Hodgson" debate accordingly. Seems like a good topic for the middle of July.

Elsewhere, I wanted to take a closer look at the newbies courtesy of some of the great minds here at SBN. A bunch of them have certainly followed the newest Canucks far more than we have over the past several months so let's hear what they have to say.

First up, the great Western College Hockey Blog has a look some of the lesser known picks from Vancouver's selection back in June: 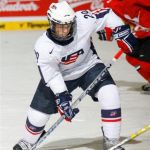 Schroeder (1st pick): First off, I think you guys got the steal of the draft in Schroeder. There's no way he should have fallen that far.

Connauton (3rd Pick): Connauton looks like a late bloomer. He was recruited by Western Michigan, and the Broncos originally planned to have him play this past season in the AJHL again, but towards the end of the year, decided to have him come to Western Michigan for the 08-09 season and he ended up being one of their best defensemen. He's got pretty good size at 6'1" and his best assets are his skating ability and his hands. He played on the powerplay for Western Michigan last season, and was one of the few bright spots on a pretty bad team. I know at one point last season he was the only player on the team with a positive +/- rating. A comparable player might be Kevin Bieksa, though I don't think Connauton is as tough as Bieksa is. Bieksa really flew under the radar on a below average college team too. The other interesting thing is that even though this is Connauton's second year being in the draft, the Canucks still get longer to sign him--3 years now--than if they had drafted a CHLer. 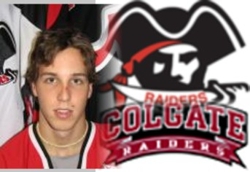 Price (4th Pick): I can't tell you much about Price since I've never seen him play personally but he looks to be in the same mold of Connauton. Decent size, solid offensive skills, probably kind of a boom or bust type of pick. He'll be going to Colgate next season. 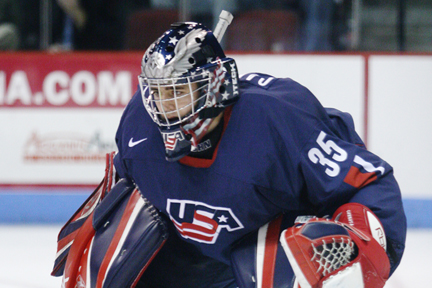 Cannata (6th Pick): Joe Cannata played one year with the NTDP and then went to Merrimack last season. Merrimack is a pretty bad team as well, and Cannnata put up decent statistics despite the team in front of him which is probably what caught the attention of Canuck scouts....He's a pretty big goalie that relies on his size and positioning to make saves. He's a really competitive kid that doesn't get down on himself if he gives up a goal or two. He's a decent player, but just looking at the odds, I doubt too many of the 30 starting goalies in the NHL have come out of the sixth round of the draft.

Next up, we mosey on over to speak with Casey and Christy from Winging It In Motown for an explanation of what to expect in Mikael Samuelsson: 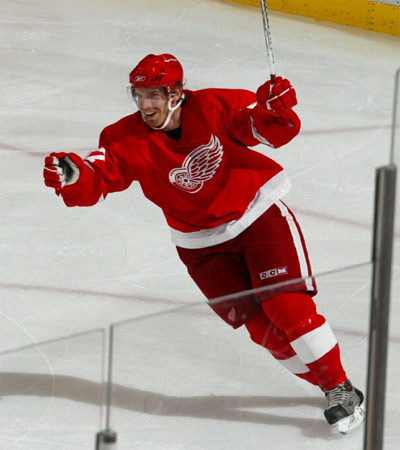 Casey:
Pros
- Game breaker at times with his great wrist shot
- Very intelligent offensive player, always knows where to go on the ice
- Great passer with great vision
- Can play the point man on the powerplay with his shot, perfect for deflections or just flat out beating the man in net
Cons:
- Can fall asleep in the defensive zone
- Has a tendency to play in a shell at times--meaning he won't take the shot and will dump it off
- Streaky at times. 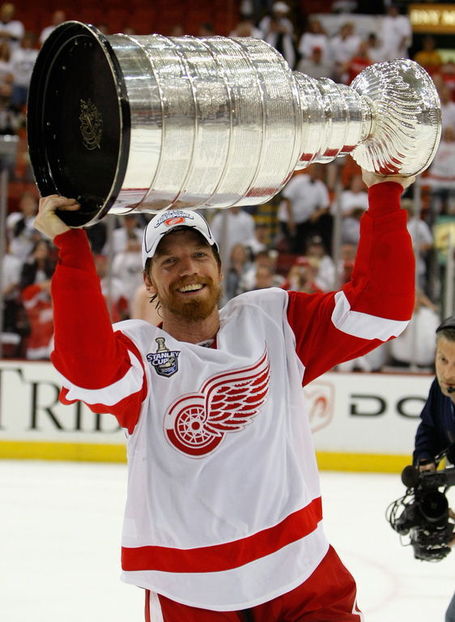 Christy:
Pros - Samuelsson found a home with the Red Wings after the NHL lockout in 2005 and really blossomed in the new system. Before Detroit he had struggled, posting three goals in 37 games with Florida. In his four seasons in Detroit, Sammy registered 67 goals and 92 assists for a total of 159 points. He also has a knack for scoring clutch goals, causing Detroit fans to momentarily forget the frustrating scoring drought. I don't know if his point totals will improve in Vancouver because I believe he's a better fit for the Wings' system, but the increased playing time may result in higher offensive numbers.
Cons: Sammy is a streaky player so he scores in bunches. For example, he tallied 19 points (5G, 14A) in 19 contests back in mid-October through late November last season. Samuelsson then went eight games without a point. He did it again in the postseason, notching seven points (5G, 2A) in nine games before drying up for the remaining nine games (he earned one assist in that time). In addition, he's not a strong two-way player and can be a defensive liability. While Detroit will miss the 19 goals he brought last season, most Wings fans aren't that sad to see him go as he was usually their go-to scapegoat.
And last (and dare we suggest least) is Andrew Raycroft. PPP already pleasantly shared, so here's what Mile High Hockey had to say: 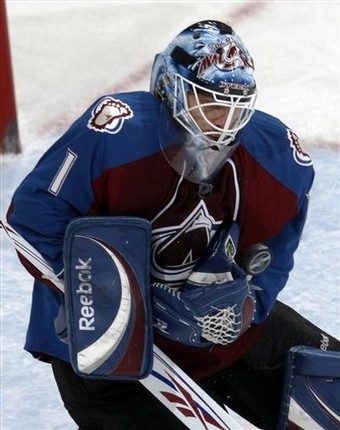 David Driscoll-Carignan
Pro: He's not playing for the Avalanche.

Honestly, even when Razor was winning 9 of his first 10 starts, he didn't look all that solid. Raycroft never really looked comfortable between the pipes and you knew that 9-1 record wasn't going to hold up for long. Sure enough, Raycroft went 3-15 the rest of the way. There were some flashes, sure, but mostly it was rather uninspiring. It's worth pointing out that the Avalanche defense was awful last year, so he may rebound significantly with
the Canucks...but he's not going to supplant Luongo or anything crazy like that.

On a happier note, Raycroft was reportedly a great clubhouse guy and he always seemed affable and laid back in interviews. (we liked to joke that he may have been a tad too laid back, if you catch my drift).
Other thoughts on the smaller signings around SBN land include: