On This Day In Canucks History: June 4

Share All sharing options for: On This Day In Canucks History: June 4 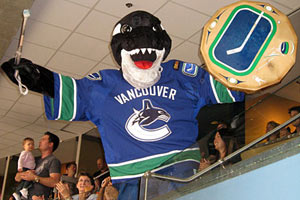 Aww, Fin boy. He gave an interview on his birthday to NHL.com where we learned his "favorite book is Moby Dick, favorite movies are Orca and Free Willy and his favorite food is B.C. salmon." Calm down Mike...he's there for the kids...

But, hey, as far as mascots go, he's not the worst (I'd vote the Islanders train wreck as numero uno in that list).

So to celebrate Fin's birthday, let's enjoy some of his finer moments: 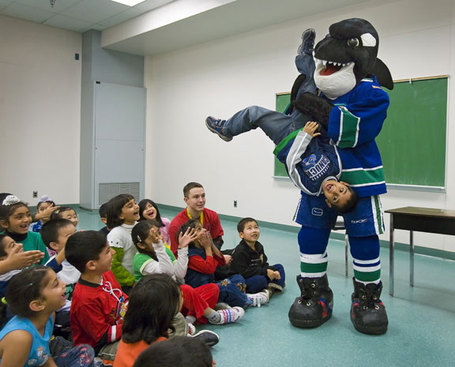 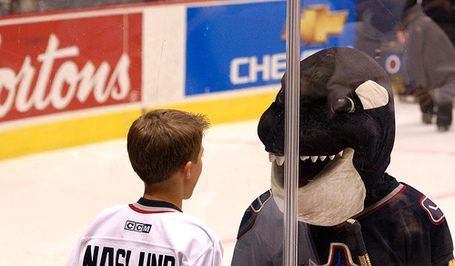 Scaring Markus Naslund straight back into childhood (via farm1.static.flickr.com) 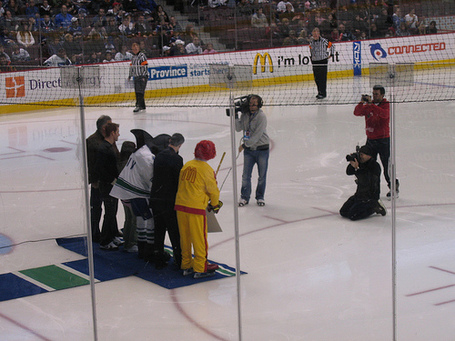 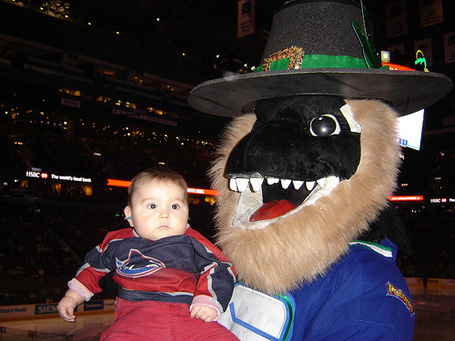 Confusing the hell out of newborns (via farm1.static.flickr.com) 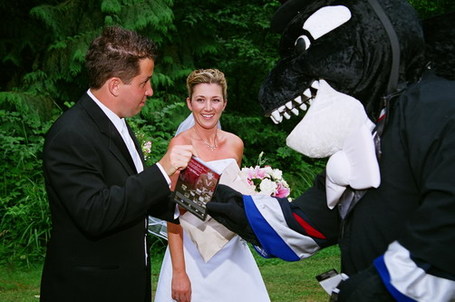 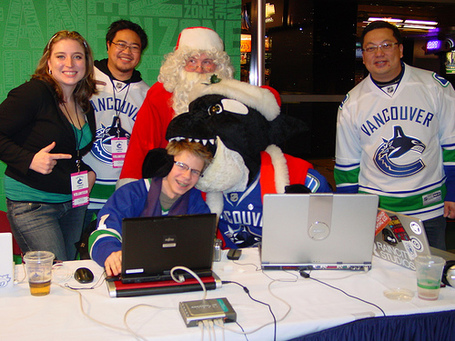 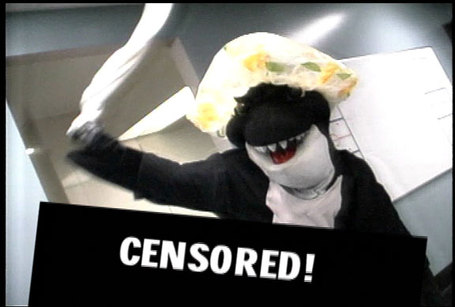 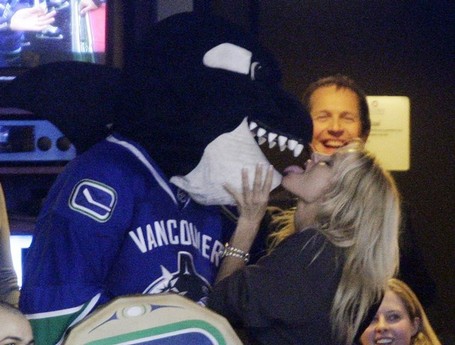 Here's hoping someone with a video camera and a sense of humor rents you soon.