On This Day In Canucks History: June 18

Share All sharing options for: On This Day In Canucks History: June 18 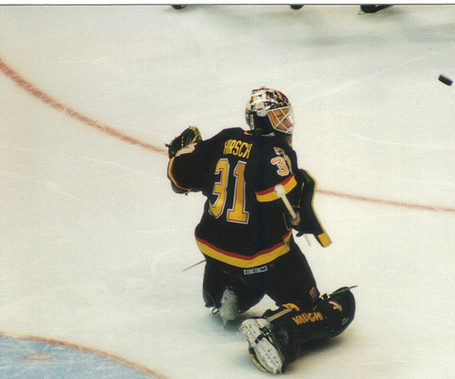 June 18, 1996 - Vancouver goalie Corey Hirsch is named to the NHL All-Rookie Team. Hirsch finished the season with a 2.93 GAA and a .903 save percentage after appearing in 41 games for a record of 17-14-6. Hirsch also finished fifth in voting for the Calder that year (won by Daniel Alfredsson).

Hirsch had a rough sophmore campaign, eventually getting demoted to the AHL before Vancouver waived him three years later. Hirsch would bounce around a few more NHL teams (Nashville, Anaheim, Washington D.C., and Dallas) and spent another three years in Europe before retiring. At the beginning of last season he signed on to be a goaltending coach for Toronto.

Perhaps the best reason to remember Hirsch? His mask: 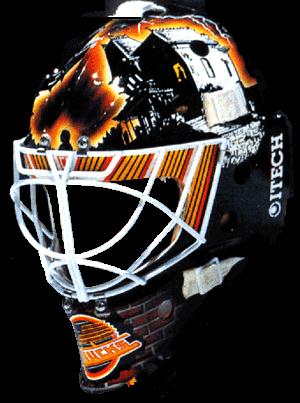 Any goalie with a Psycho reference on his mask, complete with the Hitchcock 's silhouette front and center? Untouchable awesomeness. Twelve years before those silly Saw masks too.