Share All sharing options for: Ryan Kesler and NHL 2K10 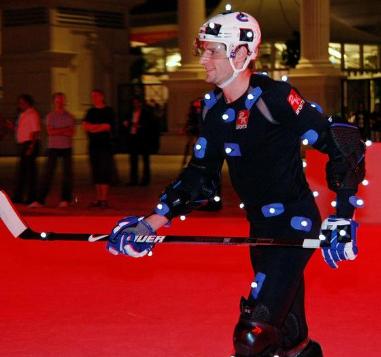 Curious what the KesLORD is doing with his summer? Wonder no more (g/t Kukla):

This fall, when playing NHL 2K10 on his Nintendo Wii, The Vancouver Canucks center will be able to point at the virtual rendering of himself -- be it scoring a goal or celebrating afterwards -- and brag that those lifelike motions were captured on a slab of synthetic ice in front of Caesars Palace.

In the middle of June.

Interestingly, the Ovechkin "burning stick" cheer will be in the game as well. If the game wants the true experience, it'll chuck in a frothing Don Cherry as well, maybe in the stands, eating a churro.