Are The Moose Going To Blow A 3-0 Series Lead?

Share All sharing options for: Are The Moose Going To Blow A 3-0 Series Lead? 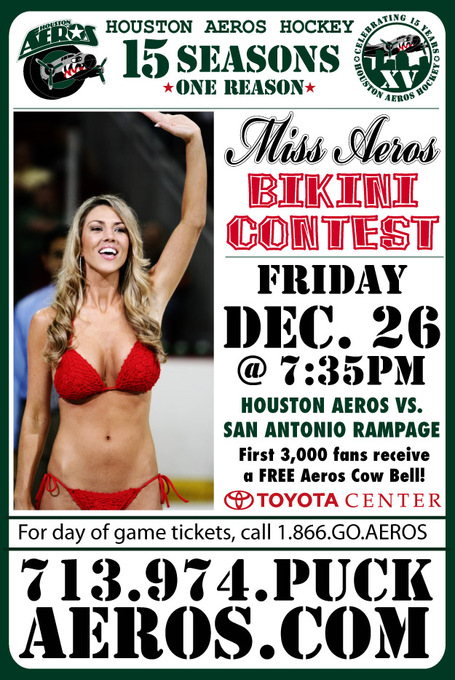 Despite a three-goal rush in the third period to force overtime, the Manitoba Moose dropped a 4-3 decision in double-overtime to the Houston Aeros on Friday night. For the second consecutive night the game was decided in overtime and the Aeros staved off elimination to force Game 6 in Manitoba on Monday. Michael Grabner notched the opening Moose goal while Jason Krog and Mark Cullen each scored in the final 20-seconds of the third period. Both Cory Schneider and Curtis Sanford saw ice-time in the loss.

More at the Moose Site.

That must be deflating to come all the way back and tie the game with only 2 seconds left only to lose in double OT.

I don't know how many of you ever watch AHL playoff games, I know I have not seen many, but I can blindly tell you why I think the Moose will not blow this series lead. The AHL playoff series format is 2-3-2. The Moose have played the last 3 straight games in Houston. They will now have 2 chances to finish off the Aeros at home sweet home.

Tony Hrkac continues to haunt the Moose lately. He is 42 years old and still ticking. Hrkac could never stick on an NHL squad for all that long. In his NHL career he played for the Blues (who drafted him in the 2nd round in 1984), Nordiques, Sharks, Blackhawks, Stars, Oilers, Islanders, Ducks and Thrashers, meanwhile bouncing up and down from the NHL to the minors.

Well, here is is playing for the Aeros making a name for himself.

Game 6 is on Monday.