Share All sharing options for: Canucks-Blackhawks Game 2 Preview: The Power of Adversity 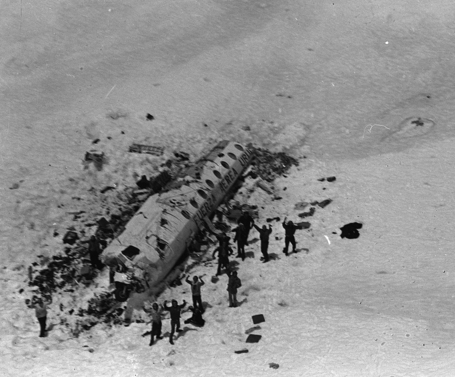 UPDATE (12:48 PM): The Canucks held an optional skate today and all but Ohlund and Rypien attended. Those 2 will play tonight, according to the HNIC Panel.

Martin Havlat, Sammy Pahlsson, Dave Bolland and Matt Walker all skipped Friday’s Blackhawks practice. Head coach Joel Quenneville stated that they were resting and would likely all play in Game 2.

There are rumors of a flu bug hitting the Hawks team right now. That was also rumored to be the issue with Jonathan Toews. Quenneville says Toews is now 100%.

UPDATE (11:30 AM): Rust my a**! Every team, including the Canucks, that had an extended layoff between Rounds 1 and 2 won the opening game of their series.

UPDATE (11:00 AM): Is Mats Sundin suffering from a sprained MCL? Matt Sekeres at the Globe and Mail believes so. Sundin will play regardless.

UPDATE: What's wrong with Johnny Toews? Is it the flu or a shoulder injury? I say we run him every chance we get. Let's see how the kid holds up.

The Canucks are calling the potential fatality in Game 1 a lesson learned. I sure hope so. Despite the teams' confidence level being at an all-time high, they now know that the Blackhawks are not to be taken lightly, no matter how much of a lead they have. We will soon find out if a lesson really was learned.

The Hawks are going to draw from the positives of that comeback and take it into Game 2. They can beat Roberto Luongo. The 3 goals against Luongo was more than the Blues could muster in a single game.

The Canucks know how to shut teams down, and hopefully can play much better at a more consistent level tonight. If they can do that, the Hawks are in trouble.

There is something uniquely special about this Canucks squad. This is the closest group of Canucks that I've seen in a long, long time. There seems to be a common belief in eachother. They defend eachother. I suppose adversity does that to a group.

Beyond the crazy adversity of the losing streak in January lies several special stories.The adversity of losing loved ones. The losses of Luc Bourdon and Carly Bragnalo have actually inspired the team rather than hinder them. You know the team is standing together because they continually talk about it. Alex Burrows "shot an arrow" skyward to Bourdon after scoring the series-clinching goal against the Blues.

Taylor Pyatt continues to practice with the team and will play when he's ready. The team has him and Carly in their minds as well.

This type of camaraderie is not a new concept. I can think of 2 examples of it from the past immediately:

- The Wings' Cup win in 1998 the year after Vladimir Konstantinov was paralyzed. Steve Yzerman handed the Stanley Cup to Konstantinov who was sitting in a wheelchair at center ice just after hoisting it himself. (video footage)

- The Penguins lost coach Bob Johnston to cancer in November 1991, some 5 months after winning their first Stanley Cup. Mario Lemieux dedicated the 1991-92 season and the Pens' 2nd Cup victory to Badger Bob Johnston. Johnston's name was engraved in that Cup win and a banner depicting Johnston's famous phrase "It's a Great Day For Hockey" was hung from the rafters at the Pittsburgh Civic Arena that season.

Back to the Canucks. The Province printed a great piece on Sami Salo on Friday about the adversity he has gone through. He lost his dad when he was 17 years old. "He never saw me get drafted or anything. He missed my first championship in Finland," Salo said. "Everything that I achieve is for him."

"Having gone through so much adversity, I have grown as a person," Salo said. "I learned to deal with adversity when I was fairly young when I had to deal with my dad's death. I grew a lot in those years."

"The last few years, with the injuries, it has built me as a human. I feel that I can deal adversity a lot better now than years ago."

There is my sentimentality coming out. I'm not saying we are going to win the Cup. I'm saying that I appreciate the bond of this Canucks team and how they are playing.

Keep it up boys! It's been a great ride so far!