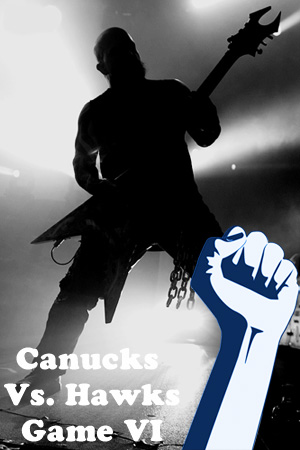 I spent most of 7th grade in detention (you didn't? wuss). One detention happy afternoon I was approached by five of the skateboarder guys in my grade. I didn't know them; all I really knew is they smoked and wore a lot of black.

They asked me if I played drums. I said yes. In truth I had a drum kit in my basement gathering dust. I was no more a drummer than I was a bio mechanical engineer.

"We need you to sound like the guy on this tape." They toss a cassette in my direction (anyone remember cassettes?!)

I took the tape, went home and dusted off the kit. I popped the tape in and Black Magic by Slayer melodically assaulted my basement. And I learned unpleasant sounding music mixed with poorly timed drumming is a sure fire way to anger a mother.

I didn't understand the noise I was hearing. I sure as hell had no clue what the drummer was doing. I was curious if he had four arms. But I practiced that song several times a day for a week, repeatedly ripping the blisters off my hands and using an entire box of band aids like I was some sort of prepubescent leper.

Two weeks later, I sat on stage with those guys and played Black Magic for a middle school talent show. We didn't come remotely close to winning. But it didn't matter.

A Slayer fan was born.

I've been fortune enough to have drummed my whole life, but it truly started with that moment, from some kids who didn't know me tossing a tape in the air. I don't remember my prom song. I couldn't even tell you the first CD I ever bought. But there was a definitive moment when music became something more than just noise. Of all the possible bands to thank for that realization, I have Slayer.

Sometimes you don't pick your favorites, they pick you.

More often than not, 29 teams eventually get to where Vancouver is: knowing there's only a tomorrow if there's a win tonight.

It's a shame I've had to read so many people bash this team the second they got into trouble in this series. It's those folks that give this franchise a bad name honestly. Fair weather fans are like the pig flu: both complete jokes that won't go away this month. So forget them.

Instead, if you've been watching since Nonis got canned last year, you've seen the Canucks fight through a lot of question marks. No one picked this team to win the division much less make the playoffs. No one said they could score with their group of forwards. When Luongo went down with his groin injury the schadenfreude of the Canuck haters went up accordingly. And it happened again during January's terrible losing streak.

A player agent turned GM. A goalie turned captain. Two terrible, young deaths that affected everyone on the roster. And sprinkled in there were biorhythm bracelets and retiring the audience every game.

And yet what happened? They scored the most goals per game (2.98) than in Vigneault's previous three seasons at the helm. Bieksa morphed into a power play specialist. Kesler became a Selke nominee. Burrows realized he was the third Sedin they could never find. Bernier, originally hired to be the third Sedin, instead lead the team in hits. Christ, they even made Kyle Wellwood a checker. They closed a 13 point gap between themselves in Calgary in the span of about six weeks. They took the division. They took a first round victory with no losses.

In short, a great deal of what was said about this team (and I am including a lot of what I wrote back in January especially) has been dead wrong. They've made a habit out of proving the naysayers wrong.

Tonight is no different. You play 60 good minutes, you get the win. Period.

It's remarkable how close this series has been. Ignoring empty netters for both sides, these have been one goal games for the majority of time. It wasn't so long ago that Vancouver was less than three minutes from making it a 3-1 series lead. Now, with their inability to hold the lead coupled with mounting injuries and a faster (and more determined) Chicago squad, here they are.

The fact is Kesler and Burrows have been in a funk (or injured), the Sedins have disappeared, the production from the rank and file guys like Bernier and Pyatt has dried up and the defense is taking way, way too many penalties. Game five showed the composure problem that has been the albatross around their neck all year. They ended the regular season the third highest penalized team (16.5 minutes a game) and are currently the second highest penalized in the playoffs (20.1 minutes per game). I'd like to think they'll smarten up for tonight's must-win, but who are we kidding?

Despite all of that, you can't count them out. The old cliche is your best players have to be your best and tonight's that night. The Sedins need to play on a whole other level. The third and fourth lines need to be strong and composed. Luongo needs to inch just a bit closer to perfection. And finally this could be Sundin's last NHL game (I don't even want to think about another summer of rumors with him). So maybe some final inspiration could be putting it all out there for him. And, yes, that includes the man himself who, by the sheer annoyance of irony, seems to be finally getting his game going only now.

For the weak-willed carwrecks out there who are jumping ship before the game even starts, I hope this man finds you and has his way with you until the break of dawn. Then go be a Habs fans or something come October.

Someone out there gets to be the hero tonight. Who wants it more?

Get it done gentlemen. Make your nation proud.

Here's your thread for game six. Let's do this thing. 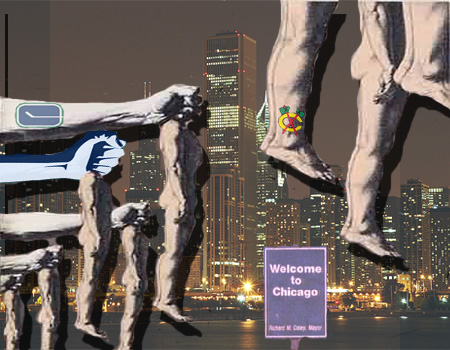