Do or Die: Canucks-Blackhawks Game 6 Preview

Share All sharing options for: Do or Die: Canucks-Blackhawks Game 6 Preview 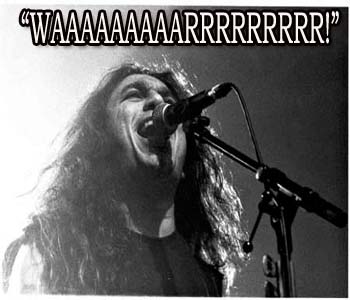 DID YOU KNOW: The Hawks haven't won a playoff series without having home-ice advantage since the 1992 Norris Division finals against Detroit. ... They have a 13-3 all-time postseason series record when winning three of the first five games, including the Hawks' quarterfinals win over the Calgary Flames. ... Ten of the Hawks' 16 goals this series have been scored in the third period or overtime. ... It's been 5,106 days since the Hawks have clinched a postseason series on home ice. The last they clinched at home was Game 7 of the Western Conference quarterfinals against the Toronto Maple Leafs on May 19, 1995. (Copied from the Chicago Tribune)

UPDATE 11:25 AM: Plenty of Hawks heroes in these playoffs. Watch out for Brian Campbell for one. He's heating up.

UPDATE 12:15 AM: Alain Vigneault issues harsh challenge to Burrows, other slumping forwards and the D.

If you weren't kicking a hole in your TV set or breaking something valuable in a fit of rage near the end of Game 5, you probably noticed the camera focusing on the face of Alex Burrows. Gone was that fire in his eyes from killing the Blues in Game 4. It was more of a dazed and confused look. A look of  "what the hell is happening here?"

Well everyone including the team knows what is happening. Anything that can go wrong is happening to a team that has high hopes and expectations tied to it.  Anyone who underestimated the Blackhawks is now eating crow.

-The Canucks have scored 6 power play goals to Chicago's 4 and are still losing the series.

-We can't gripe about the Canucks taking too many penalties because overall in the series the teams are about even when it comes to giving the opposition the man advantage. My count is 22-21 in favor of the Canucks, but my math is probably a bit off.

There is a lot of heat on the Sedins for disappearing in this series, however Hank has 3 goals and 1 assist and Dank has 3 assists. It's Alex Burrows who should be taking the brunt of the heat. He has 1 puny assist against the Hawks. It's gotten to be so bad that Alain Vigneault removed him from the top line and reunited him with the now-struggling Ryan Kesler,  who has 2 goals and 1 assist in Round 2. To no avail. Put the original lines back together, AV.

The biggest problem lies in not only the teams' collective defence looking panicky at times, but also the lack of sustained pressure in Chicago's end. The Canucks have been outshot in every game and Roberto Luongo has not been able to bail the guys out enough, even though less of the blame should revolve around him, in my opinion. For god's sakes, we're making Khabibulin look good. So is the Hawks' system that they are playing. I can't undermine that.

So what to expect in Game 6? Is it really over? Can the Canucks put this mindfuck behind them and force a Game 7? I think so.

Well Alex, when you say stuff like that you had better go out there and make it happen. Enough with the lip service. I've heard enough of it.

KICK SOME ASS OR GO HOME!