Finally, it's time. The longest four day layoff since the joke of an All Star break is over.

Forget the regular season for both teams. Hit the reset button, everything changes now (or so we're told).

Tonight begins the march towards immorality immortality (oops!). It's what all of these guys have dreamed of and so few get there. 16 teams and 15 losers. Every year. Vancouver has come close, but not recently and never, in their history, has sealed the deal.

Most previews I have seen so far are picking the Blues due primarily to the momentum they had in going from 15th to 6th the past three months. Puck Daddy may put it best: he picked the Blues to win mainly by his "gut". Not on stats, just a feeling that "...there's something about this Blues team that keeps convincing us that they're not done yet."

Fair enough. But are these guys right? Are we, as fans of one of the longest suffering teams in the league, on the cusp of something immensely special or is everyone else voting against the Canucks right?

Your fearless editors share their thoughts on the first round between the Canucks and Blues. See you back here tonight for the game thread and what should be a fun series.

Sure as hell beats getting excited for the draft lottery, huh? 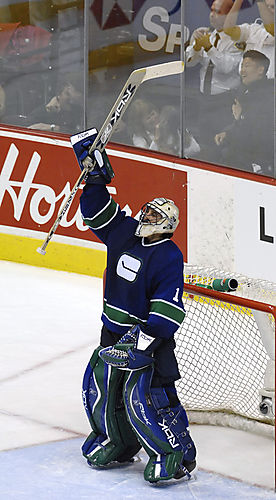 I remember the last time, two years ago, Vancouver was in this position as the division champs taking on the 6th seed. Most people took the sixth seed then too, saying their goalie was going to out dual Luongo and how could the Canucks score? And, while far from a slaughter, the Canucks dispatched the Stars seven games later.

And now? I hear a lot about the Kid line, but nothing about the Sedins. Backes and Boyes, but nothing on Kesler and Burrows. In Vancouver's own newspapers they've spent far more time wondering how the team is going to score on Mason and less about Luongo's dominance over the past several weeks.

So who really is the underdog here? If you casually listen or read what's out there, it's tough to tell. But I see a lot of people underestimating Vancouver left and right. Hell it wouldn't be the playoffs otherwise.

I feel 100% comfortable saying this: Roberto Luongo will play his guts out. That alone will keep the Canucks in it every game. But how the guys respond in front of him is where this series will be won or lost, three items in particular:

We know how the Blues are going to play: uptempo with an aggressive forecheck. They're going to try to force the slower Vancouver defense to take penalties. They definitely want to get on the PP where they have an advantage. Just as they showed in the last game between them, they have the talent to wear a team down. I spent a lot of time looking at the Blues lineup this week and I'll give them credit: they have an underrated defense and balanced scoring. You chuck in their speed and their belief in themselves and you have danger.

But that doesn't equate four wins in seven games over a Vancouver team that, when they play as a unit, are damn near unstoppable. They didn't barnstorm over the Flames for the division title by mistake. For the first time in probably franchise history they have an elite goalie, a deep, experienced defense and four lines that can score. For Vancouver to advance, they need to follow the same script that got them here: do the little things right in the neutral zone, be responsible in their own end, be aggressive on the rush and cycle until the opposition's defense is dizzy.

If, however, they start their annual parade to the box, play on their heels and permit the Blues to be stronger on the puck, opting to instead retreat into their end and collapse around Luongo, they won't win. They just can't.

These teams are pretty evenly matched and all signs point to a six or seven game series. The margin for error is thin for both squads. No matter what, we're in for a treat watching these two teams play and whoever is standing tallest at the end is going to be an absolute pain in the ass for the remaining Western teams.

I believe that team will be Vancouver. 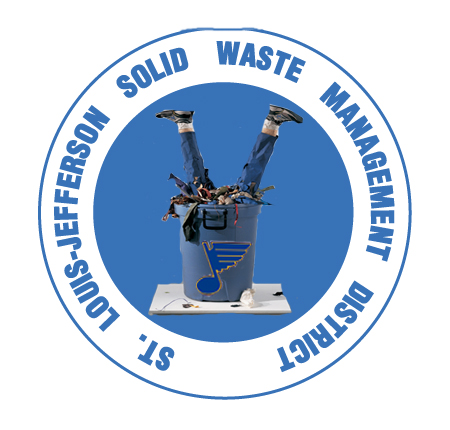 I won't discredit what the Blues have done this season. It was a miraculous comeback. There are plenty of reasons for Blues fans to be excited. Since the Blues went into the playoffs with a 9-1 record in their last 10 games, the Canucks need to win the first game and put a halt to St. Louis' momentum. This is where I like the fact that they have home-ice advantage.

The Blues' special teams may be a lot better than Vancouver's going into he playoffs, but let's wipe that slate clean. It's a new season now. That being said, the Blues are going to play physical and the Canucks are going to have to respond without being stupid about it. We need to get into their heads not vice-versa.

Goaltending will be a huge key, of course, but I'd like to see the Canucks tighten up and more or less trap, or clog up the middle. I don't think we match the Blues' speed and transition game. When failure to do so occurs, I'm confident that Roberto Luongo is going to be the bigger difference-maker in this series. But there's no use playing an overly wide open style against St. Louis, Luongo or not.

Another huge key will be the play of the RPM Line. This will be the best supporting cast the Sedins have had since they became the top line. Sundin, Demitra and Kesler have to produce more often to take the heat off the Sedins-Burrows line. Speaking of Sundin, we will finally know what he is fully capable of in a Canucks' jersey. His defining moment as a Canuck has arrived. His game has improved as the season came to an end. He now needs to continue that level of competitiveness and surpass that even. He says he is going to savor every shift in these playoffs. How about he savors them and kicks ass every time he's out there.

Out of all the quotes from Canucks players over the past few days, I think Willie Mitchell's reigns supreme:

“The ultimate dream for me is winning a Stanley Cup in Vancouver,” said Mitchell, who grew up on Vancouver Island. “I would love to be one of the guys who brings the Stanley Cup to Vancouver and gives everyone in the city and the province what they want. To me, that would be the ultimate. It means everything to people.

“It has been a long time. People will say we have a good team, but maybe they just don’t believe sometimes that it will happen. I think that’s our job as players, to instill the belief in people that it can happen.”