Share All sharing options for: Remember Richard the Quitter? 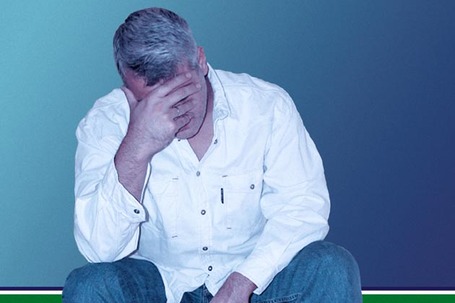 In the January from hell, many Canucks fans jumped off the wagon, including this guy named Richard, who became famous for a day by publicly saying in The Province:

"I've never felt that disappointed by a loss in my life. I was so upset, in fact, that it carried over to my relationship with my wife. I snapped at her over the dumbest of things. She was an innocent bystander and not a hockey fan. That anger that was wrongly aimed at my wonderful wife was an anger so powerful I couldn't contain it. An anger expressed because of my emotional tie to a stupid sports team.

"I will never let that happen again.

"I proved to myself that watching, cheering and supporting the Canucks has finally come to an end. Period.

"The time I wasted watching the Canucks games I will now spend with my wife and daughter."

- are you still spending all your new-found quality time with your wife and kid?

- are you back on the wagon, eating cheezies, pounding beers and watching the Canucks kick ass?

- are you ever going to FAIL like that again? The Canucks lost 2 more games (1 in OT) after this debacle. Then the calendar page turned and so did the teams' fortunes.

Why am I bringing this up? Because people who did what Richard did should not be let off the hook. I'm just here to say: "What do you have to say for yourself now?"