Canucks toss one away in L.A.

Share All sharing options for: Canucks toss one away in L.A. 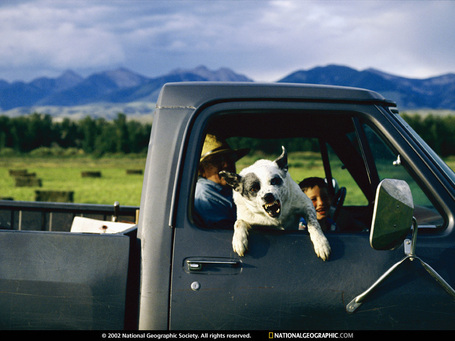 I think a lot of Canucks fans somewhat expected the Canucks to come out flat against the Kings after a gutsy win over the Sharks, and that is exactly what happened.

-Luongo let in a cheeky goal right off the bat and his team never recovered.

-The RPM line didn't cut it.

-The Sedins-Burrows line was lousy until the 3rd period.

-The Kings did show a great defensive effort and a better puck-possession game, but the Canucks made them look good by leaving their emotion in some clothing store with their mothers earlier in the day.

-Their power play was terrible.

-Their discipline was not apparent. After 2 periods the Canucks had given up 6 minor penalties to the Kings' 3. The Kings scored 2 power play goals in that span and the flat Canucks scored none. A lot of the Canucks' penalties were taken because they weren't keeping up with the Kings' speed.

-I know people bash Alain Vigneault for juggling lines, but what the hell else was he supposed to do? The team was not responding. He eventually put the "normal lines" back together in the 3rd when the guys started showing some hustle.

-Los Angeles HAD to win that game to stay in the playoff hunt. The Canucks played like they didn't need or want it.....until it was too late. They outshot the Kings 10-3 in the 3rd, but Johnny Quick, who let in a 50-footer from Burrows earlier in the game, found his stride.

-I'm going to be honest here, Mats Sundin is not giving us 100%, and that isn't a divine revelation. Sure, he makes these fancy little passes and scores on occasion, but that's not enough. Where in the hell did the gritty Mats go? He hasn't showed up in Vancouver yet. Watch him...Demitra and especially Kesler leave their guts on the ice to get the puck in the corners or along the boards and Sundin stands around to collect the garbage. Mats, this is horse shit! Get your fucking hands dirty! There was one moment where he showed some grit tonight, and it was caught on camera.

Believe me, I am a massive Sundin fan, and it annoys me to talk like this about him. But he has to take it to the next level. A lot of his laziness has been hidden by the teams' recent success. Tonight I watched him like a hawk and he really was terrible. What is it going to take for him to step it up? I'm calling you out, Mats. We aren't paying you to be a perimeter-useless player. Get the fucking dollar signs out of your eyes and show some balls, damn it.

That's my rant. Aside from that, it's tough to be hard on the team when they have been so successful lately. It chaps my ass that they throw away a game like this, plus a chance to really separate themselves from the 9th spot or even the 4th place Chicago Blackhawks. But I know that they hardly showed up tonight and almost pulled it off. I fully expect a different effort against the Ducks on Wednesday.