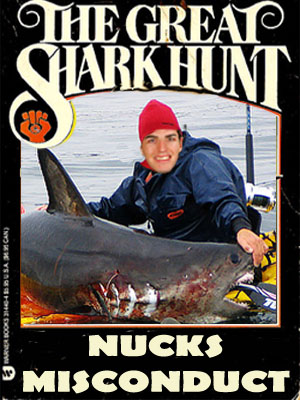 The Bruins beat the Hawks today, meaning we can inch closer to 4th place Chicago.

Who led the Bruins to victory? Who did? Go ahead, say it. It's the guy I thought we should have taken at the trade deadline...

Ryan Kesler will be the guest on HNIC's After Hours tonight. Got a question for him? You can email After Hours here.

Now, don't go asking him for Ohlund's phone number...(you know who you are :)

Kyle Wellwood has actually demolished a player with a check before, as a poster from CDC found out.

Here are some highlight clips of recent history Sharks/Canucks games for your viewing displeasure:

Bieksa made a good point yesterday:

"You don’t want to be swept in a season series against a team,” defenceman Kevin Bieksa said after Friday’s practice. “If you face them in the playoffs and all of sudden you haven’t beaten them all year, you have doubts in your head. If there’s a game to win, this is the one. . .We’ll be ready to go."More Canucks quotes, including news that Nabokov may not start against Vancouver found at the Vancouver Sun.

The Canucks have won 6 games in a row at home.

The Canucks are a confident bunch right now, and they believe that they can beat the Sharks on Saturday night. But beating the Sharks is something they have not done in a long time. From the Province:

The last time the Canucks beat the Sharks was three years ago. Since then, they have lost seven in a row. But Vancouver hasn't just lost, it has been eviscerated on ice.
The Sharks have out-scored the Canucks 26-9 in the past seven games, overmatching them with their size, skill and especially with their power play.

I knew I couldn't remember the last time Vancouver beat them. Thanks for doing the work for me, Mr. Botchford.

The Sharks have finally hit a bit of a slump. They have lost their last 3 games and 4 of their last 5. It's about time! They haven't slumped all year until now.

The Sharks have not lost 4 consecutive games in over a year. Coach Todd McLellan said after their 3rd straight loss: "..right now we're a little bit of a fragile team." So you know what that means...the Canucks had better jump all over them. They have had over 3 days off between games. OFF WITH THEIR HEADS!

The Sharks have an injury problem at the moment. No Mike Grier, Jeremy Roenick, Claude Lemieux, and especially Evgeny Nabokov, who is day-to-day with a lower body injury. He has missed 4 straight games. See a coincidence there? It is reported that Nabby "tweaked something" while recovering from the flu, and Canucks fans know what that's all about in reference to goaltenders. This injury had one Sharks fan at the HF Boards saying:

I hope he comes back soon, I don't know how much longer I can stand watching Brian Cloutier in net.

I'll keep you updated on Nabokov's status for the game against the Canucks. Sharks coach Todd McLellan said it isn't serious. I sure hope he doesn't play.

The Canucks have been resting Demitra (pinky finger) and Salo (hamstring + multiple issues) and look to ice the same lineup that has been working wonders for them.

-The Sharks acquired 2 Ducks at the Deadline: Travis Moen and Kent Huskins. No doubt, they are an even tougher team now.

-Rick Rypien is taking even more personal time off, according to coach Vigneault.

-If you've been to Canucks game live and headed down Robson afterward, you've probably heard the sweet sounds of this guy playing the bagpipes. I talked to him after the Wings-Canucks game in late November. He's a great guy and it's awesome to see him get recognition that he deserves.