Can The Moose Boys Help On Offense?

Share All sharing options for: Can The Moose Boys Help On Offense? 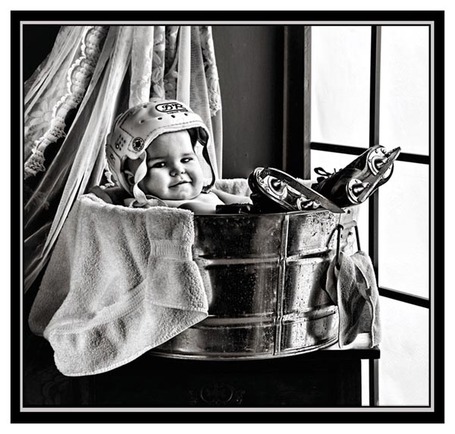 With the nausea of the deadline in the rear view, it's time to think about the next 19 games and (wink wink) the playoffs. The concerns with the bottom six now are two fold: first, what if some of them continue to be, shall we say, "uninspiring"? Secondly, what happens if anyone in the forward ranks gets a case of the Sami Salos?

One consequence of Vancouver standing still at the deadline is no injury insurance, which is a tough aspect of the game to ever truly plan against. With the exception of Luongo, Johnson, the occasional Demo issue and Hansen's hand, the team has been blessed this season in terms of durability, a far cry from last year's extremely hilarious clusterfuck of hurt on the blueline.

But let's pretend Wellwood or Raymond plays themselves out of the lineup or Pyatt injures his beautiful beautiful hands for a second. What then?

Ignoring Rypien since he's on the Canucks roster, let's examine what options we have at the AHL level with the Manitoba Moose (complete with puck bunny approved headshots!).

Jaffray appeared in 19 games last year and notched six points. He's appeared in only 14 games this year, during the dark December days and a bit into January, though it's worth noting that both his goals were eventual game winners.

On the Moose this season he's third in points with 38, but is projected to, at best, be a fourth line forward. I doubt that, but regardless that's the area of the team we're looking at anyway. He's an obvious call up.

Don't you love that picture?

Grabner is fifth on the Moose with 34 points. He has yet to step on the ice for a NHL game and was close a few weeks ago before Demitra decided he could play through a finger injury. I think a lot of people, especially after the media hammering he took prior to last year's preseason, are anxious to see what this 2006 first round pick can do. And, considering he just got a brief call up, Vigneault must be in that camp as well.

Steve Kariya? Is that you?

Krog, the AHL MVP from last year, leads the Moose in assists and points and is tied with Grabner for goals (21). The knock against him will always be his size, but then again, he has had limited NHL success before, particularly killing penalties and winning faceoffs. At first glance chances are he won't make it back up to the Canucks but, then again, why say never to a guy who is leading the offense on your minor league club if you really need bottom six help?

Ahhh, there's my guy. Ouelett had some great numbers with the Pens a few seasons ago, but obviously he had some talented individuals skating around him. Tampa had no use for him and, so far, neither has Vancouver who recalled him for a brief three game stint back in November.

Currently nursing a shoulder injury, Ouelett is second on the Moose in points and second best in PP goals (incidentally, he had 22 PP tallies when in Pittsburgh).

Appearing in seven NHL games this year when Hansen or Hordichuk was unavailable, Bolduc is almost the text book definition of a call up for the fourth line and his TOI confirms that much. But for the Moose he's seventh in points and third highest PIMs on the team at 77.

Another quiet Gillis move made during the open days of free agency, Cullen played 59 games last season with Grand Rapids and, in 32 career NHL games (with thhe Flyers and Hawks) he has 7 goals and 9 assists.

Though he's just getting over a shoulder injury too, he's fifth on the Moose in scoring (12-17). As you can probably guess, he's projected to be nothing more than a fouth liner in the NHL.

There's still some guys I left out: Pierre-Cedric Labrie, Shaun Heshka, Mario Bliznak, Mike Keane (I just like reminding people he's over there) and, hell, even Jeff Cowan (though technically he's in Peoria) are all possible options.

Jaffray and Grabner lead this pack in my eyes and only one has NHL experience (and obviously neither have tasted the post season). Ouelett isn't too far behind them. We'll see if they are needed at all, but compared to previous years, I can definitely see how some of the Moose can help fill in some holes in the bottom six should they appear.